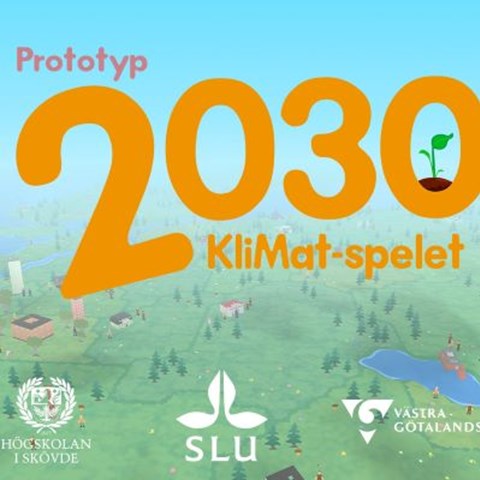 A computer game about Food, climate and the environment will show effects of different choices. Illustration: Tobias Larsson.

Together with researchers at SLU and Interaction Lab at the University of Skövde, SLU Holding is building a prototype for a computer game about food and the environment to test at teachers and students in high school.

Games can be used to inspire a search for knowledge and motivate changes in behaviour and attitudes. Young people play a lot of computer games and the climate is the future issue that young people are most worried about. The game prototype combines these interests, is based on the UN's Agenda 2030 goals and wants to show the complexity of issues around food, climate and other environmental aspects.

In the game prototype, the player runs a farm and makes different choices for his production at the farm. The choices that are made have effects on the food produced, the degree of self-sufficiency, food imports, climate impact, plant nutrition, biodiversity, food waste and consumer attitudes. Researchers at SLU contribute data on these factors in the development of the game.

That the food is of good quality and has been made in Sweden, and is cheap, are the most important factors when the consumer chooses what to put on the plate. But when it comes to how their own food choices affect the climate and the rest of the environment, more than half of Swedish consumers consider that they do not have enough knowledge - something that the game developers want to remedy.