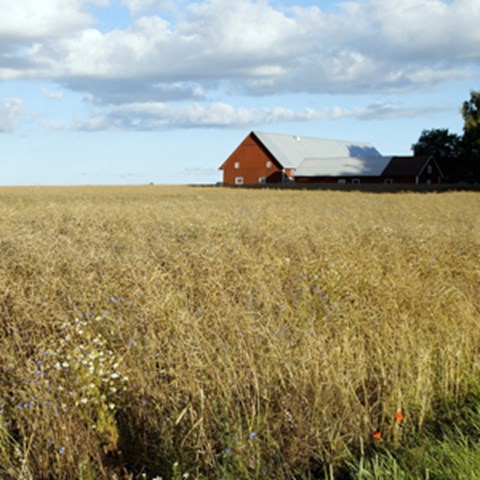 A systems understanding of different types of production systems and land use is central to developing future sustainable food systems.

The bigger the better? Or small is beautiful? This research Project develop four different agricultural visions. The aim is to conceptualise different problems and opportunities for a future more sustainable food production and the need for societal environmental solutions.

The public debate surrounding the agricultural production system is often very simplified and insufficiently nuanced and omits the complexity and the system feedback mechanisms that are deeply inherent characteristics of agriculture. The local diversity in land use and production systems is enormous and depends, among other things, on factors such as the landscape, capital and knowledge.

Through interviews with farmers in central Sweden, four different categories of agricultural visions have been developed and are discussed in the project:

Kristina Marquardt, researcher at the Department of Urban and rural development, SLU. Send e-mail to kristina.marquardt@slu.se.