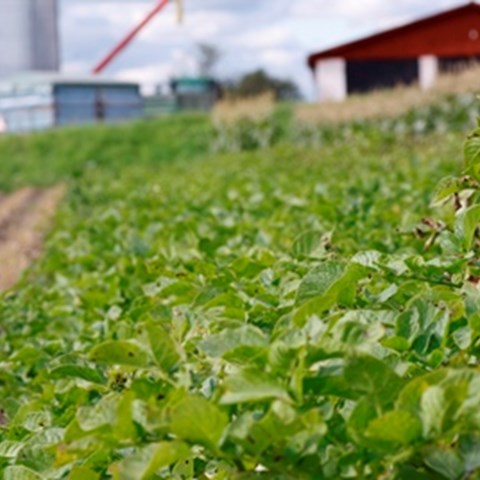 According to EU legislation, all genetically modified (GM) crops must be approved for cultivation and import as, for example, feed to the EU. In addition, food products must be labelled if an ingredient consists of more than 0.9% of GMOs. This places major demands on all stakeholders in the food chain. What consequences does the present system (for approval of new products – both GM and conventional) result in for trade and farmers, and how does the system affect the possibility of innovations within plant breeding reaching the market?

International trade is a driving force for the world’s economic development. Existing rules for free trade, international agreements (for example agreements with WTO) and EU legislation have been formulated to facilitate trade. At the same time, several countries are trying to control trade in certain products, for reasons that do not necessarily have a protectionist background. The underlying reasons can instead cause concern for both the environment and health.

Efforts are being made to promote international trade. But when it comes to genetically modified (GM) products, the trend goes in the opposite direction. The EU gives individual member states the possibility to limit or prohibit GM crops which have been approved at EU level; something that affects trade opportunities. One question we are working with is: Under what conditions and to what extent can an individual nation introduce or maintain restrictions before it is seen as an illegal barrier to trade? The present EU legislation for GMOs is controversial and has been described as inconsistent. We are analysing the current trade agreements and legal acts which concern the use and marketing of GM products from a sustainability perspective.

We are studying which trends lie behind coming trade agreements and proposed legislation (policy and consultation documentation, pre-studies, etc.), with consequences for GM products, such as the potato and field cress developed at Mistra Biotech. We base our analyses on environmental legislative theory and methodology, which take their origin in conditions set by natural science. We also try to formulate alternative legal solutions which are more consistent and predictable compared to the present system

The livestock industry comprises more than 40 percent of the agricultural production within EU, and even if a major share of the feed that the animals eat is produced within the EU, we are dependent on the import of protein feed such as soy. Soy comes from countries that produce both conventional and genetically modified (GM) soy.

In this project, we analyse an imagined future value chain for GM soy and the conventional soy produced today, from producers in for example Brazil to animal feed traders in Sweden. The analysis is one part of a so-called lifecycle analysis in which consequences, such as the environmental effect and cost changes, are calculated based on the assumption that the industry organisations within the livestock production sector in Sweden would open up to GM feed.

We examine both today’s soy production and a future production with lower prices and consequently higher demand. We gather data from stakeholders such as feed importers, breeders and supervisory authorities for evaluation of any possible policy proposals. We also study how the costs are distributed and changed to differentiate GM and non-GM feed through the entire value chain. Together with other European research groups, we are collecting long-term series of price data to create a model where cost changes in the value chain can be simulated. We can use the results to understand the preconditions for various stakeholders in the value chain in different cost scenarios.

Different countries in the EU make different assessments when it comes to approving new plant species, for cultivation and for use. Things also look different depending on whether the plant variety is classed as genetically modified or not. What would make a major difference is if EU legislation concerning new plant varieties was based on the product (the traits which the breeding results in) instead of the breeding process itself (the technique actually used).

Within the project, we are also examining the possibilities of a more balanced environmental risk evaluation of new plant varieties, with the field cress and potato as examples. Would it be possible to have a framework which would also include the socio-economic considerations in addition to the environmental and health risks (that already form part of the approval process for GM crops)? In addition, we examine the ethical aspects concerning labelling and transparency and how they are addressed by the each regulatory approach.

Barriers for the introduction of a new crop

What is required to be able to introduce an entirely new crop, such as field cress, onto the Swedish market? In close collaboration with the researchers that domesticate and conduct the field trials with the field cress at Mistra Biotech, we do this as a sub-project using a hypothetical analysis of all the steps on the road to the Swedish market – both for the lines of field cress refined using conventional methods, and for those lines classed as genetically modified.

These steps include understanding the legal requirements that future field cress varieties have to meet in order for the seed company to be able to sell them. Another step is to understand the degree of acceptance among farmers, the food industry, and consumers that is needed for such an investment to be commercially viable. We are looking at how the domesticated field cress can spread outside fields and are analysing different properties of the crop from a regulatory, social, and ethical perspective. Certain properties such as healthier fatty acids stand out as less controversial, whilst a property such as herbicide tolerance could affect the possibility of introducing the crop in Sweden. The project involves stakeholders, researchers and representatives for the crop growers.