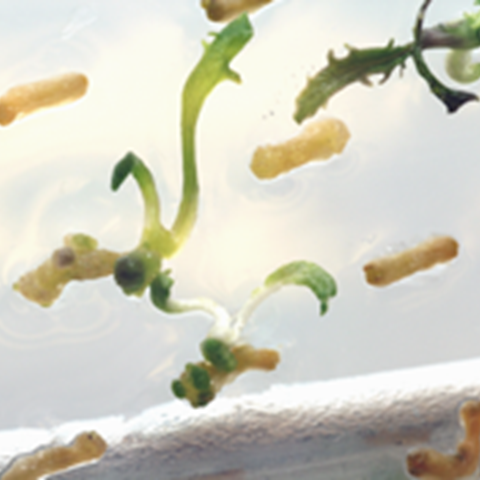 Which parts of the term naturalness would be relevant to take into consideration if we were to cultivate a domesticated field cress in Sweden? It would be a new and to a certain extent genetically modified crop, which could be called unnatural. As it is a plant, and as such not created by humans but rather altered by us, it is natural in as much as is it part of nature.

The concept of naturalness can, however, be interpreted in many different ways, and despite centuries of discussion that which is natural remains as an important evaluation category, sometime together with related concepts such as authenticity or with opposites such as artificial.

Within animal research we also use the word natural as an evaluative term to describe good animal husbandry, and within animal ethics the related term integrity is used when discussing ethical limits for various procedures on animals, regardless of whether such procedures are genetic or not. We  examine whether the same terminology used in respect of animals is relevant for understanding various aspects of naturalness in plants, and if it is possible to apply the various interpretations of naturalness as suggested in the literature regarding domestication of field cress.

Domestication and future cultivation of field cress in Sweden give rise to a number of philosophical questions concerning fairness, and the producers’ autonomy (right to decide). The concept of autonomy has for a long time been a central part in medical ethics and has recently found a place in the forefront of food ethics. Analysis of the term autonomy is relevant on several planes during the introduction of a new product into the market; during production, distribution and at the point of sale. To what extent is a producer’s selection of a specific product a free choice? What criteria need to be met in order for a consumer’s decision in the store to be autonomous?

With climate change as an example, we examine these issues in a broader perspective. We are weighing self-determination against limitations in self-determination in order to promote the best for everyone. To what extent are the limitations actually legitimate in light of reduced climate impact? Interesting parallels can be drawn between discussing autonomy and the discussion concerning a tax on meat, and the debate about the division between consumer and societal responsibility.

In a broader perspective, it is relevant to connect autonomy with fairness from at least three perspectives: 1) Fairness between different persons (for example, between consumers with more or less to spend). 2) Fairness between market actors (large and small companies). 3) Fairness in relations between humans and nature and other species (biodiversity, co-existence, breeding goals and integrity).

In order for autonomy to have any practical relevance, the consumer/citizen needs to have trust in the development, production and point of sales – for the certification system, labelling and adherence to legislation. In our studies of autonomy and fairness in relation to genetically modified organisms, we use the field cress as an example. We examine how the autonomy of the parties concerned are affected depending on which routes are chosen in order for the field cress to reach the market and the farmers. We also look at how autonomy and fairness in a future introduction of the field cress fare in relation to demands for reduced climate impact and the trust among farmers and consumers.