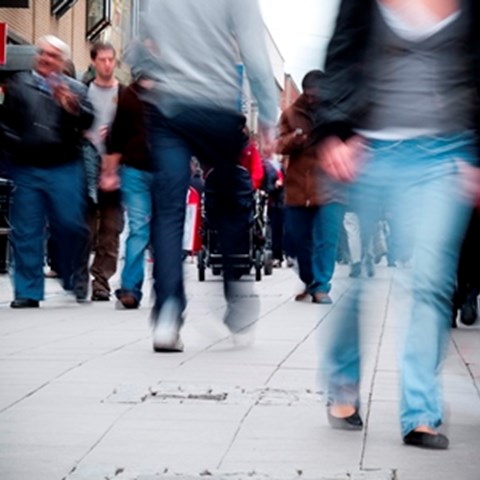 Few subjects have been as hotly debated as genetically modified organisms (GMOs). Who has participated in the debate? And what arguments have dominated the debate over time? This is what we want to find out, and we also want to know what effect this debate has had on legislation.

The debate about GM feed in Sweden – consequences for farmers

In Sweden, the attitude towards GM products has been more positive than in many other countries within the EU. At the same time, Sweden is basically the only country that does not use GM feed for agricultural livestock. We examine which stakeholders and arguments that are behind different standpoints concerning GM feed in Sweden and Germany, where GM feed has so far been allowed, but where the societal debate about GMO in general is more negative than in Sweden. Through critical analysis of policy documents, publications in the daily press and professional press, etc., we will be studying how arguments
are created and how different associations and contrasting relationships are created in textual bodies. We will also be studying how this has been changed over time, and identify specific economic and political events that can have affected/been affected by various arguments and standpoints.

In this project, we study how farmers and researchers in Sweden talk about biotechnology and its role in agriculture, and we will be analysing these perspectives in relation to each other and in relation to the wider debate in society. With this project, we want to both highlight the perspective of two groups who have hitherto been relatively invisible in the debate, and increase the understanding in the research community of how farmers reason around biotechnology.

Public opinion and the implementation of GMO food regulations

Various aspects of the GM food chain and the rules and regulations for GMO in the EU have led to conflicts and opposition both within and between member states and the various authorities within the EU. Concern for health and environment are reflected in the strict GMO legislation that was introduced between 1990 and 2000. The goal of this legislation is two-pronged: on the one hand, it must facilitate trade, innovation, and competition (in that part of the food chain that produces and supplies food), on the other hand it is expected to protect human health and the environment and safeguard consumers' (the food chain's "demand side") right to know if the product is GM when faced with a choice of product.

Among market stakeholders, there is a concern about whether current legislation is an obstacle to innovation and competition and isolates the European industry from the international market. We are examining the factors that form the general public's opinion on the use of GMO, and the public's view of new food products such as oil from the field cress and new potato types. The starting point is that the general opinion is formed by norms and conceptions that are held by society. Such societal norms and conceptions are closely tied to socioeconomic conditions (such as demographic, educational, social, economic, cultural and traditional), and also to unexpected events (such as natural disasters and epidemics). The regulatory framework is expected to respond to the public's concern, calm people's fears concerning safety and assure them regarding higher health requirements – a direct link between public opinion and legislation. We analyse the relation between public opinion, legislation and its application within the EU member states, and are trying to find answers to the following questions:

Our study is based on a number of surveys conducted in the EU that include actors within the food chain, government organisations and a wide group of other stakeholders