The Criticality Lab mobilises discursive formats in education and through events to strengthen SLU’s urban research and to profile SLU as a partner in tackling the challenges of the urbanising planet.

The basis for inter- and transdisciplinary research.

Critical thinking, an interactive process that puts theory and practice into productive contact, deploys the active power of thinking to destabilize apparently stable worlds (John Dewey). Criticality goes further still. As a socially situated thinking practice, criticality exposes a disposition to position oneself outside received frameworks of understanding to engage other-wise, and in other ways, with the world (Martin Davies). Such critical processes and practices do not belong to any one disciplinary domain or practice-based arena. Rather, they proffer tools for observing and gleaning understandings from the many forums through which useful knowledge gets produced, and operates. This is the basis for inter- and transdisciplinary research. 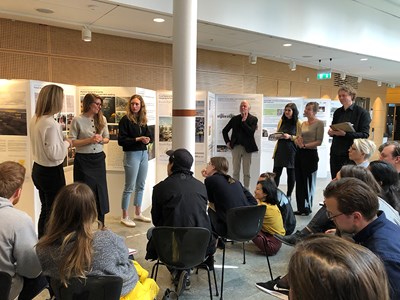 Events in support of critical thinking