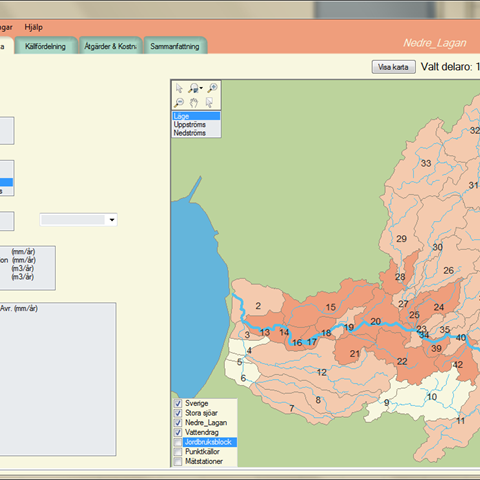 FyrisCOST is a PC-based catchment scale decision support system (DSS) for the evaluation of alternative nutrient mitigation strategies. The model is able to evaluate a range of mitigation approaches for phosphorous (P) and nitogen (N) from point and diffuse sources. FyrisCOST also contains measures involving changes in land use, such as the construction of wetland areas in key positions. This allows cost efficiency to be estimated for a catchment based on the combination of a wide range of measures.

FyrisCOST has been used to develop FyrisSKZ, which is a web-based tool to show results from a national database of effects and costs of buffer-zones. 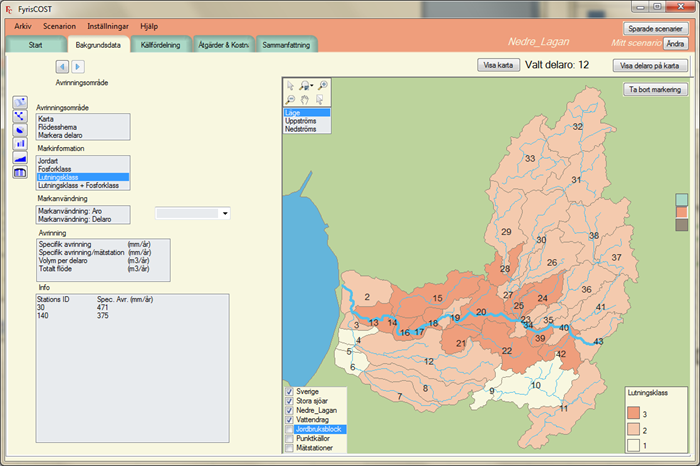 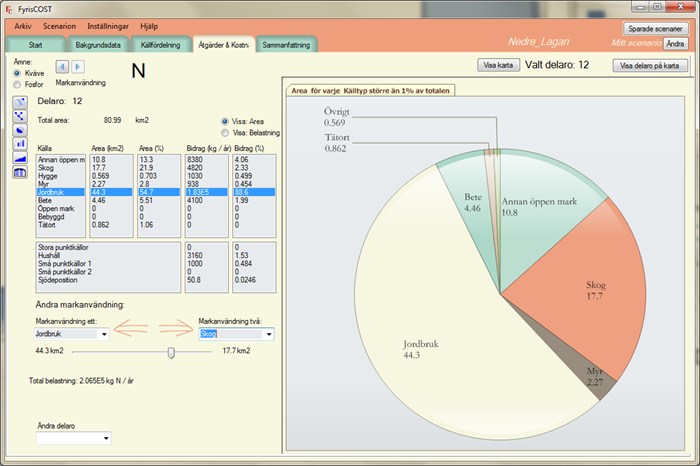 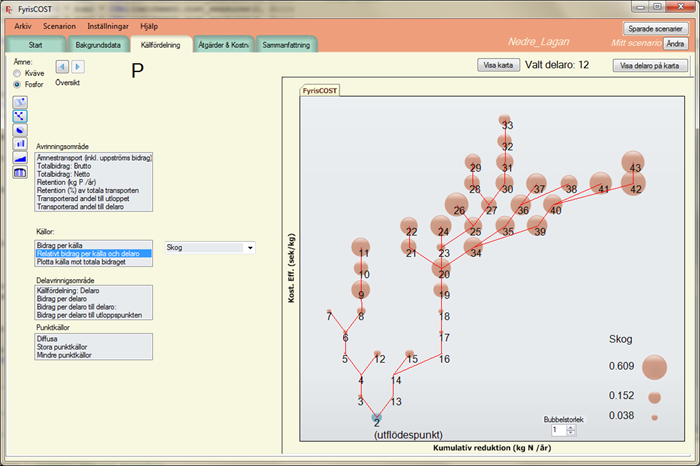 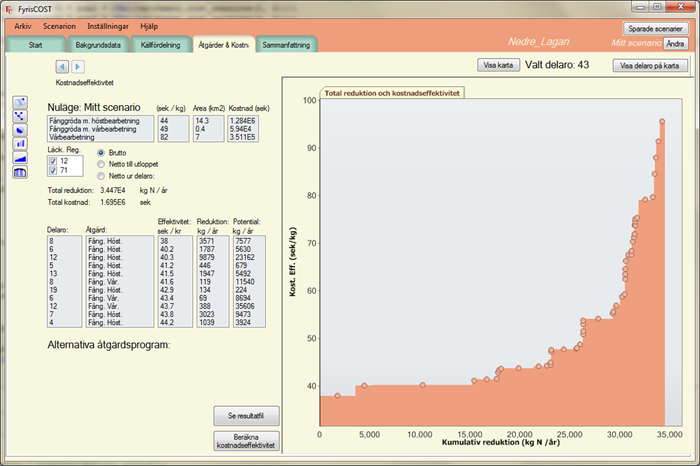 FyrisCOST is a decision support system (DSS) for the evaluation of measures to reduce eutrophication on a catchment scale. Development of the FyrisCOST system started in 2009 as a method to provide support to, public authorities, county administrators and water councils working with the evaluation of programs of measures to reduce eutrophication on a catchment level. A prototype of the system has been completed for Swedish two catchments; the Lagan River and and the Svärtaå catchment. Both of these catchments flow to the Baltic Sea. The Svärtaå catchment is being used as part of the EU-Intereg project Baltic Compass.

FyrisCOST is a DSS for the evaluation of alternative nutrient mitigation strategies. The model is able to evaluate a range of mitigation approaches for phosphorous and nitrogen from several sources (point and diffuse). This allows cost efficiency to be estimated for a specific catchment based on a combination of measures. Riverine nutrient transport and retention in the FyrisCOST system are built on the semi-distributed model FyrisNP and nutrient losses from arable land are derived from simulations from the Nutrient Leaching Coefficient Calculation System (NLeCCS) which includes the ICECREAMDB  model for estimating phosphorus losses and the SOILNDB model for soil nitrogen leaching.

FyrisCOST can be set up with data for a particular catchment and uses this input to run load calculations for: 1) a baseline (includes existing mitigation measures), 2) a zero scenario (no measures), 3) mitigation scenarios (combinations of measures).

FyrisCOST calculates concentration of phosphorous (P) in effluent water based on soil type, crop distribution, point sources and measures. The main abatement measure for reducing P losses from agricultural land included in the model is buffer strips. To calculate the effect of a specific buffer strip width on particulate phosphorus erosion, detailed GIS information on slope, flow accumulations and field lengths has been compiled. Loss coefficients for buffer strip efficiency based on slope, soil type, field length and buffer width are currently under construction in the model.

FyrisCOST calculates nitrogen concentrations in effluent water for each sub-catchment. The concentration of nitrogen is dependent on the current land use and geographical conditions. In order to evaluate agricultural scenarios in FyrisCOST a method for calculating N leaching from agricultural land was constructed. The calculation includes crop rotations and tillage systems and differentiates between annual and perennial crops. The system is able to take into account that a primary crop is followed by a specific crop/tillage system and estimate the effect of this on nutrient losses using a specially developed routine for calculating mean leaching concentrations.

Read a poster presentation about FyrisCOST.