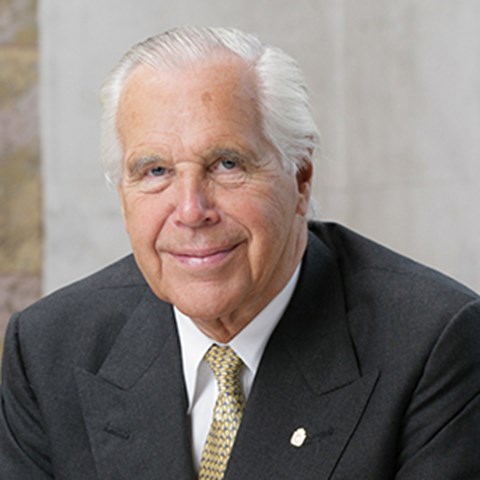 Anders Wall has been appointed Honorary Doctor of Agricultural Science by the Faculty of Veterinary Medicine and Animal Science. He is a businessman, entrepreneur and patron, and chairs two foundations. Through his actions large sums have been donated to research and rural development over the years, including the Beijer Laboratory for Animal Research at SLU.

Anders Wall lives in Heby and comes originally from the small village of Giresta in Uppland.

He is a businessman, entrepreneur and patron and has been CEO of Beijerinvest as well as chair of the Volvo Board of Directors and the Beijer Alma industrial group. Currently, he is the chair of two foundations (Kjell och Märta Beijers stiftelse and Anders Walls stiftelse). He is also a member the Royal Swedish Academy of Engineering Sciences, honorary member of the Royal Swedish Academy of Agriculture and Forestry as well as honorary doctor at Karolinska Institutet and Hanken School of Economics in Helsinki.

Through the years, Anders Wall has donated large sums to research and rural development, among other things in the form of scholarships to young rural development entrepreneurs. The Kjell and Märta Beijer Foundation has contributed more than SEK 125 million to the Beijer Institute, a world-leader in ecological economics research. The foundation also donates to the Beijer laboratories in Uppsala – the genomics laboratory has received more than SEK 80 million in grants.

One of the latest additions, the Beijer Laboratory for Animal Science at SLU's VH Faculty, has so far received grants of SEK 10 million. This has helped the faculty greatly in building a resource which focuses on developing modern decision-making tools for livestock production – Precision Livestock Farming – as well as developing systems biology.