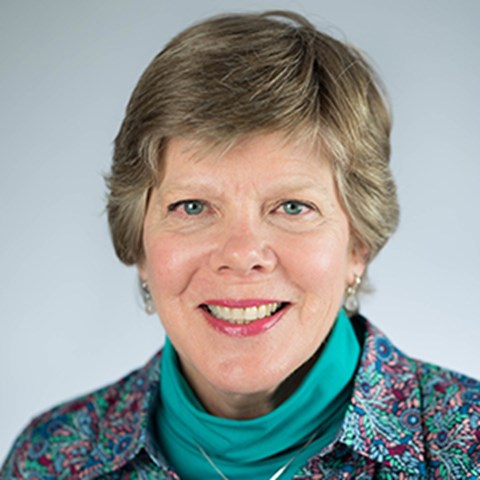 Cathy Carlson has been appointed Honorary Doctor of Veterinary Medicine by the Faculty of Veterinary Medicine and Animal Science. She is an expert in bone pathology, and her most active research currently concerns the pathogenesis of osteochondrosis – a development disorder of the skeleton that affects pigs, dogs, cattle, horses and humans.

Cathy Carlson is an expert in bone pathology. She qualified as a veterinary surgeon from the University of Minnesota in 1983 and received her doctorate in pathology from North Carolina State University. Since 2004, she is professor of pathology at the College of Veterinary Medicine, University of Minnesota. Since 2017, she is also chair of the Veterinary Clinical Sciences Department. She has written more than 150 scientific articles as well as sections of course literature used in the Veterinary Medicine programme at SLU and most other universities training future veterinarians.

Carlson's research concerns diseases that affect the musculoskeletal system, e.g. fractures, inflammations, development disorders and malformations. She studies diseases such as arthritis, brittleness of bones and diskospondylitis (inflammation of the disks between the vertebrae in the spine). Her most active research currently concerns the pathogenesis of osteochondrosis – a development disorder of the skeleton that affects pigs, dogs, cattle, horses and humans.

Since 1999, Carlson has cooperated with the Department of Biomedical Sciences and Veterinary Public Health at SLU on her osteochondrosis research, which has led to 17 joint publications. She has often contributed unique research material. The first detailed description of the disease was made in the 1970s by researchers at the then Veterinary College in Stockholm. For a long time, the disease was called "the Swedish disease" in international veterinary circles.

For many years, Carlson has contributed to SLU's pathology courses. She has been an assistant supervisor for doctoral students and has generously contributed teaching material to both veterinary and specialist courses and programmes.