What is happening in AgriFoSe2030? 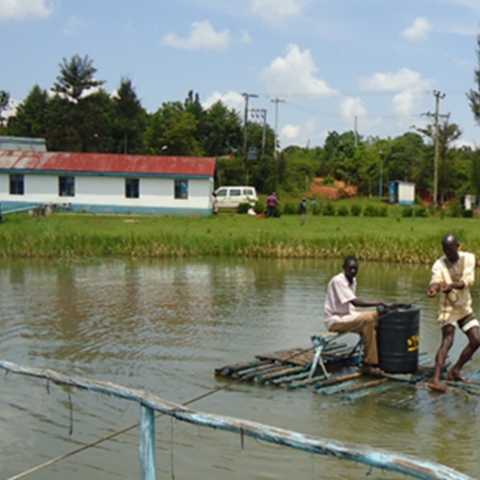 Phase II started a few months ago and there is a lot happening in all the thematic Challenges and their projects. Read about what is going in the different projects and what the future plans are.

In Challenge 1, improving access to safe and nutritious food, we are currently in the process of developing new AgriFoSe2030 projects with colleagues in the Global South. Two projects have already started, the first one in Laos focusing on improving quality of extension services and access to markets for smallholder goat producers. Find out more about this project here. The second project targets edible insects and more specifically improving market access for women and youth, and to scale up the trading of safe and nutritious edible insects in rural and urban markets of southern Africa. We look forward to follow Dr. Daovy Kongmanila and Dr. Robert Musundire and their teams in the process of translating science into policy and practice to contribute to improving access of safe and nutritious food in the Global South. Check out the cookbooks that the team produced earlier on in AgriFoSe2030.

We also look forward to start new projects and welcoming new colleagues to the AgriFoSe2030 programme within the next few months!

The last few months the focus for Challenge 2 (Agricultural productivity and ecosystem functions) has been on conducting a Theory of Change for the challenge, creating a strategy document, put together an Advisory Group, starting up our first project and scouting for our next projects. Our first project will work on agro-ecological practices for restoration in parklands in Burkina Faso. The project group, headed by Dr Josias Sanou who also worked with us in the first phase, is aiming to co-produce science-based skills and knowledge for increased agricultural productivity in these agroforestry-like systems. Watch a video with Dr Sanou where he talks about the parklands and the project.

We are presently holding a dialogue with colleagues in Kenya on a potential project in the Samburu County where invasive species are holding back sustainable production of any type of agriculture or livestock keeping.

Apart from these two projects, we expect to see an additional two projects taking off this year. At the moment we hope to be working with someone doing research on a strict conventional mono-crop agriculture system, an Asian-based project and that we will find a female project leader.

Within Challenge 3 (Science-based innovation and extension) the work has been focused on starting up the first project on “Agricultural biologicals” where stakeholders in Ethiopia, Kenya and South Africa together are looking at hurdles of the use for plant biologicals. Those are innovative products that can be used for the management of crop pests and pathogens, and they are thought to be potential alternatives of conventional agrochemicals. Two postdoc researchers have been employed in the project and the project team is now finalising their Theory of Change document. Read a brief about plant biologicals produced by team members during phase I.

Two more projects are in the planning phase, where we are looking for new partners, but also talking to our old contacts. The first of those projects is regarding physical extension service structures in different countries (including both African and Asian examples) and their lessons learnt.

The other project planned is on digital extension services and their senders, users, opportunities and challenges. Also here, we hope to include possibly two or three countries for achieving broader perspectives. We look forward to especially focus on the role of female smallholder farmers in several of these projects.

In Challenge 4, smallholder agriculture within transforming food systems, we are developing four projects, all to be launched by August 2021. One project recently started in Kenya - Governance of food systems for improved food and nutritional security in Nairobi, Kisumu, Nakuru and Kiambu Counties. Dr. Samuel Omondi leads an interdisciplinary team working together with county level stakeholders including representatives of the county governments. In this video you can listen to Dr. Omondi describing the project.

In Uganda, a team led by Dr Frank Mugagga is finalizing the plans for a project on smallholders’ contributions to more sustainable and resilient city-region food systems in Mbale City, Kasese Municipality and Mbarara City.

In Vietnam, a consortium of two national research institutes and ICRAF will run a project assessing the impacts of e-commerce in the fruit value chain on smallholder livelihoods.

Finally, in the fourth project, which is developed in cooperation with challenge 1, a team from University of Nairobi is focusing on enhancing capacity in the West Pokot County, Kenya, for adaptation of nutrition and commercialization policies to local contexts.