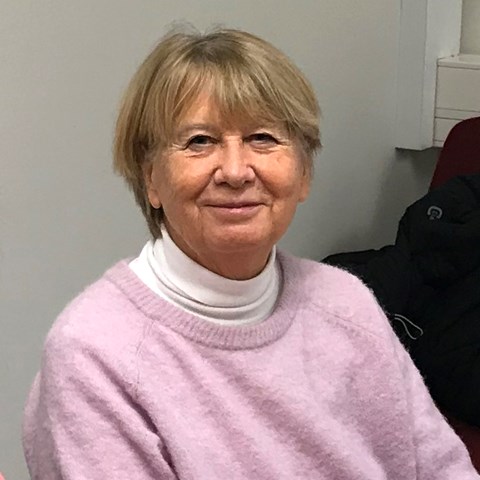 Solveig Freudenthal is the evaluator and author to the report: Evaluation of SLU's research and capacity collaborations with Vietnam 1977-2018. SLU Global got a chance to ask Solveig some questions.

Hi Solveig,  please tell us a little about yourself.

- I have an academic background in social anthropology and public/international health with a PhD from the Karolinska Institute in Public Health Sciences. I did research on HIV/AIDS prevention in Zambia for my PhD thesis. I worked at the Development Studies Unit at the Department for Social Anthropology, Stockholm University for many years. We assisted Sida in conducting needs assessments, monitoring and evaluations for various projects around the world funded by Sida. We also ran gender awareness courses.

- I was employed by the Karolinska Institute between 1994-2000. Apart for doing research in public health I was teaching courses in public health and health systems research both in Sweden and in Laos. The last six years before my retirement I worked at Sida headquarters in Stockholm at the Department for research cooperation. I was the country officer for research cooperation between Sweden and Vietnam between 2003-2008. After my retirement I have done several consultancies both in Africa and in Asia.

What relations do you have to Vietnam?

- My relations with Vietnam dates back to when I became the country officer at Sida for research cooperation with Vietnam. My first visit to Vietnam was in November 2003 and I immediately fell in love with the country and its people. I met many wonderful and devoted Vietnamese researchers all over Vietnam (from the north to the south) and became impressed by how hard they worked and how much they accomplished. In those days Sida supported research in the fields of health, agriculture including rural development, and biotechnology. To meet researchers in these fields and visit their universities and laboratories were uplifting experiences. It was also easy to get to know people and their friendship and hospitality have lasted since then.

- Even though I stopped working at Sida in 2008 I have kept contact with many of the Vietnamese researchers. To learn about the history of Vietnam, the country's struggle against oppressors, and the struggle to get out of poverty – how this land-wise small country with a population of 95 million, have managed to mitigate poverty and become a middle-income country is truly impressive.

Please tell us about the process with the evaluation.

- I have used both quantitative and qualitative methods in a complementary way to examine different types of evidence about the context, evolution and outcome of SLU's collaborations with Vietnam. The main methods were:

- The study was initiated by reading relevant and accessible Sida documentation about the history of more than 35 years of bilateral research cooperation between Vietnam and Sweden. Most of the bilateral Sida financed research capacity development programmes have focused on PhD training, but when SLU developed capacity development programmes together with Vietnam in the early 1980´s there was a need to start the training at Master's level. It was thus decided to include both Master's graduates and PhD holders in this evaluation study.

- The total data set consisted of 79 identified and traced Vietnamese MSc and PhD graduates who had received their degrees in collaboration with SLU. I developed a web-based questionnaire to get basic knowledge of the MSc/PhD holders: age, gender, degree, career path after MSc/PhD and current position, but also on results generated through these collaborations and how and to what extent they have been used in society.

- I carried out fieldwork both in Sweden and in Vietnam. In Sweden, interviews were held with former supervisors and project leaders at SLU. Interviews with Vietnamese researchers took place in Vietnam during a three-week period in November–December 2019 and were held with a range of academic staff at universities and research institutes in Hanoi, Hue, Ho Chi Minh City, Can Tho and An Giang. Thirty-eight individuals who had responded to the survey (19 women and 19 men), and had either taken a MSc or PhD or both in collaboration with SLU, were interviewed. The interviews were selected in order to be representative in terms of gender, age, university or research institute affiliation. The interviews gave the interviewees a chance to expand on the questions asked in the survey and explore various topics more in depth.

- Information about publications was mainly gathered via the survey. However, this data has been complemented with some publication data available on collaborations between researchers affiliated to SLU and researchers in Vietnam.

What do you bring with you in to the future from the work with the evaluation?

- It will be important for future evaluations that researchers who have collaborated in one form or the other with SLU are documented in such a way that it is easy to track and trace them. It is also important to encourage researchers who have taken their MSc or PhD at SLU to join the alumni network in order to stay in touch and maybe develop other types of collaborations in the future.