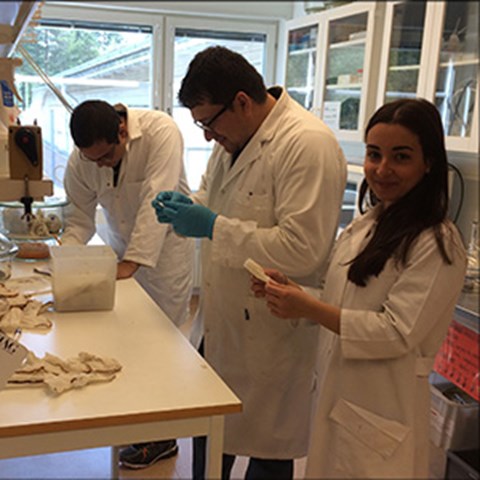 NJV's analytical laboratory is situated at SLU on campus and also include a gas in vitro laboratory.

The analytical lab is found of floor five in the SLU building on campus. It has advanced equipment for biological, chemical and in vitro studies including microscopy and image capture, gas chromatography, N analyses and molecular biology equipment such as PCR and gel scanning. Balances, drying cabintes and an ash oven are part of the equipment. There's also a sterile room and a room for handling of enriched N15 samples. For smal sample preparation there are two mills here, a ball mill and a cyclo tech cyclone mill. 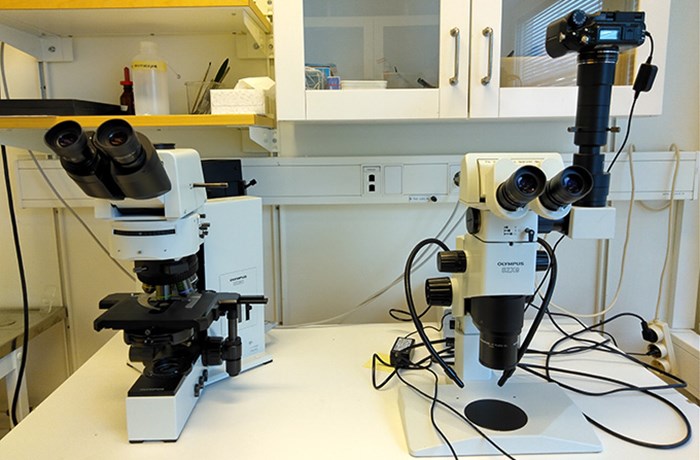 There are several microscopes in the lab and some are equipped with a camera. Photo Johanna Wallsten 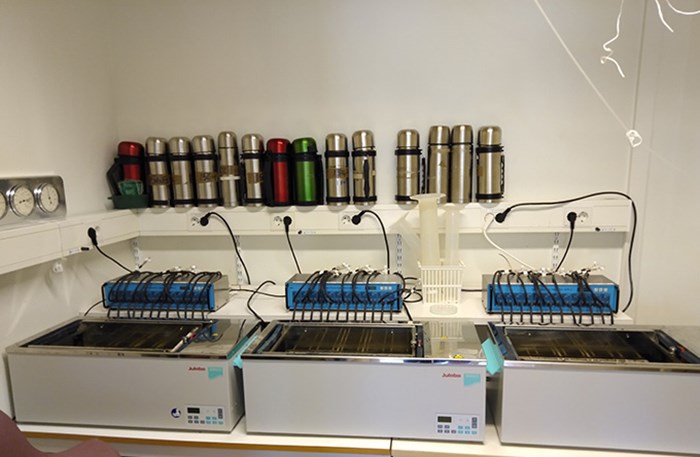 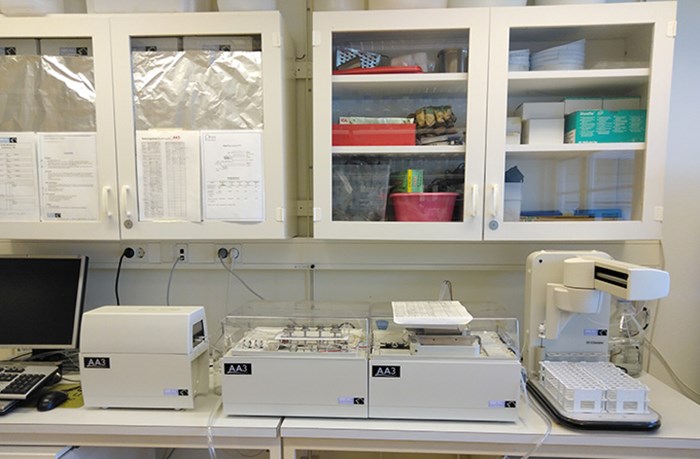 Nitrogen analyses are common in the lab. Photo Johanna Wallsten

The gas in vitro lab mimics the cows rumen and is used to explain and investigate how different feeds are digested in a ruminnat. This lab was perviously used only to measure rumen gas production and digestion during digestion for 72 hours. Now we can measure N-degradation and gas composition as well. The lab has space for 36 samples divided on three water baths.