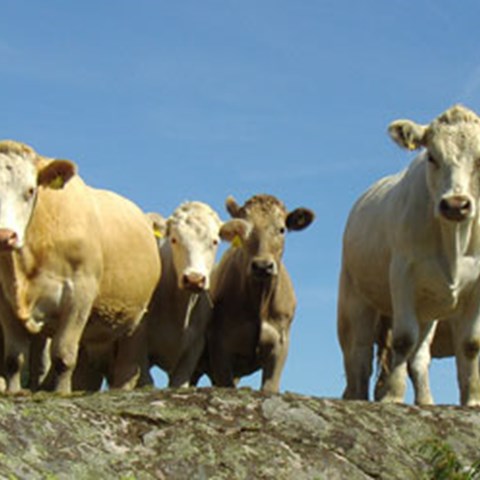 Farm animals are usually transported on road to the slaughterhouse, where they often spend the night before being slaughtered. Stress occurs in connection with handling, during transport and in unfamiliar environments where the animals are subjected to numerous different stimuli. It is well-known that animal welfare and meat quality can be negatively affected. Small-scale slaughter can possibly reduce these problems.

To an increasing extent consumers request high-quality meat and good animal welfare. Farm-based slaughter may be a way to meet both these requirements. Another possibility is to bring a movable plant to the farm at the time of slaughter, i.e. mobile slaughter. In Sweden the number of small-scale slaughter plants has increased during recent decades and 28 new such plants were approved between 2006 and 2010. During the period 2015-2019, the Swedish company Hälsingestintan AB operated the first mobile unit for commercial slaughter of large cattle in Europe.

Environmental requirements may result in more cattle being kept extensively on pasture with resulting little habit of human handling, which can make them particularly difficult to handle at slaughter. Stunning and bleeding of such animals on farm before transport to a nearby abattoir may be beneficial for both animal welfare and occupational safety. Farmed game can be shot before being brought into a slaughterhouse, but the present EU legislation does not allow that for domestic livestock. Nevertheless, on-farm shooting of cattle is practised in Germany.

Small-scale slaughter incurs comparatively high costs for the statutory veterinary inspection, which impedes development. Many small farms do not have the possibilities to carry out slaughter themselves or receive a mobile plant.

To improve the possibilities for small-scale slaughter and strengthen the competitiveness of Swedish meat producers, the Department of Animal Environment and Health conducts scientific research and contributes to development work.

The project was initiated in 2014 and consists of five independent parts in different stages of implementation:

The project is linked to Handling of animals at transport and slaughter – HATS.