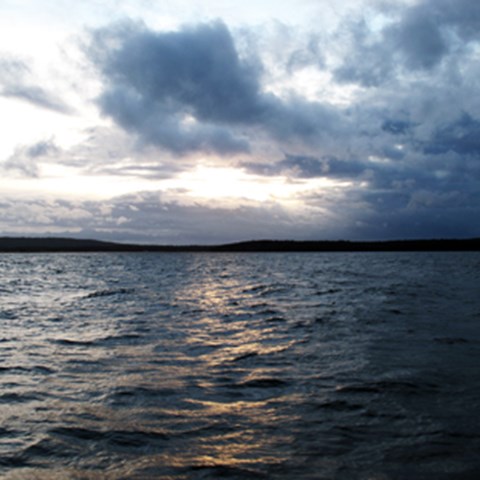 With a few exceptions, the vast majority of both case-studies and theoretical models on aquatic protected areas are from marine environments. Although lakes in many respects faces similar problems as marine systems, protected areas has not been as frequently used as a management method. The numbers of studies from lakes are therefore few and rather limited.

In the summer of 2005, three protected areas constituting 15 % of the entire lake surface was introduced in Lake Vättern as a response to declining catches of Arctic charr and whitefish. A monitoring programme following the development of the fish communities in- and outside the protected areas has so far shown that the density of Arctic charr and trout has increased and that catch per unit of effort of the majority of fishermen have increased.

The results from Lake Vättern suggest that protected areas could be an interesting management option to restore declining fish stocks also in large lakes.

Map text
Lake Vättern is Europe´s 6th largest lake, with a surface area of 1 939 square kilometres. The map shows the boundaries of the three no-take areas. The colour gradients depicted in the map describes the mean distance from a boundary line. Fish inside the largest no-take areas (yellow) are more likely to escape from fisheries than fish far away (red). This map analysis is a simple method to assess the level of protection offered to migratory species such as Arctic char.