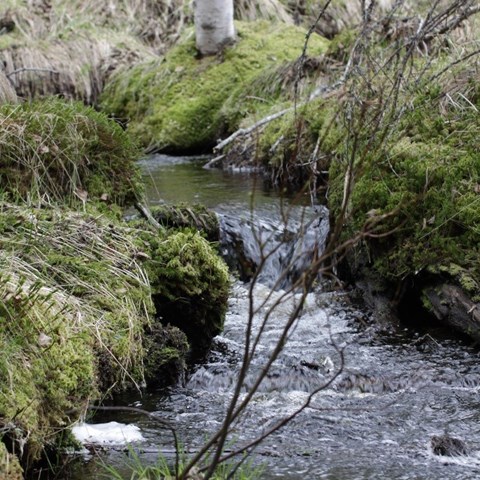 This Formas project (2018-2020) aims to increase the knowledge about process for formation of bioavailable species of mercury, methyl-mercury, and mobilization of mercury as a consequence of forestry related disturbance. The project aims to identify site specific factors influencing the sensitivity to forest harvest in landscapes and evaluate mitigation strategies regarding mercury.

Mercury concentrations in freshwater fish are at levels that the World Health Organization (WHO) deems potentially harmful for human consumption (0.5 mg kg-1) in more than half of the Swedish inland waters. In the boreal area, most of the mercury deposited to forests is retained in the soils. Forest soils thus buffer the effects of mercury deposition. Forest harvest, however, can mobilize mercury retained in the soils and promote the transformation of inorganic mercury to the highly neurotoxic and bioaccumulative methyl-mercury species. However, available studies of forestry-related disturbance, mainly forest harvest, reveal great variation in the effects on mercury mobilization, especially regarding metyl-mercury – from none up to manifold concentration increases. Hence, it is difficult to prescribe measures to forest managers that could mitigate the impact of forestry operations on mercury methylation and mercury in runoff. 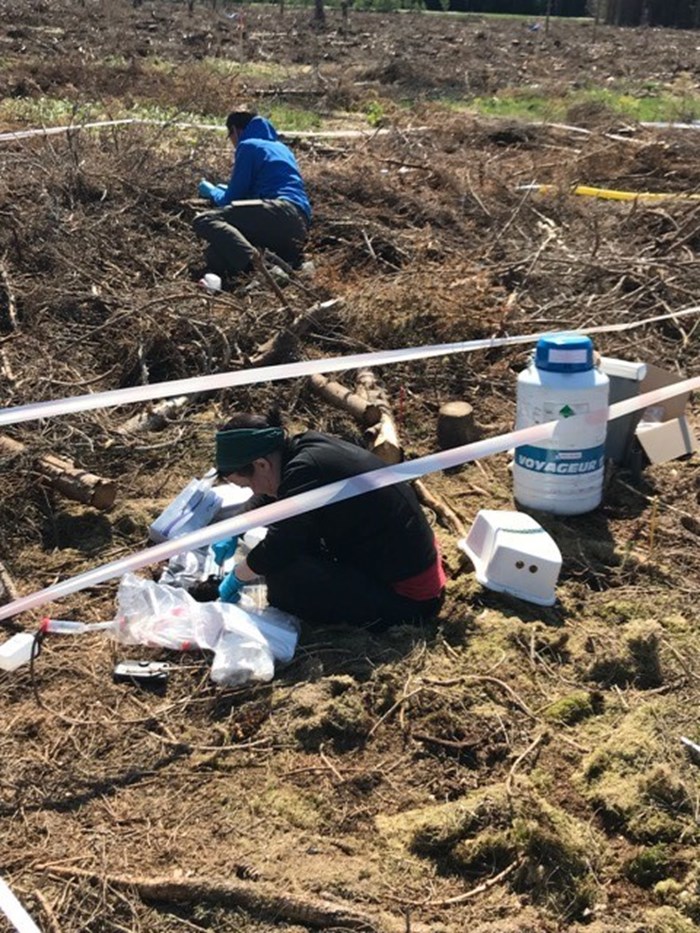 Sampling of soils and residues in May 2018 in field site in Tobo (WP3) studying the effect of logging residues on mercury methylation. Soil water and though fall water below the residues (compared to precipitation in control plots) and soil and residues are sampled in residues plots (n=6) and control plots (n=6) for general chemistry, mercury and microbial analyses. Temperature in soil, residues piles and air, as well at soil water content in soil and precipitation is registered continuously using sensors.

The project includes three work packages (WP) that all contribute to the all over aim.

WP1: Which site specific factors and mitigation measures influences the catchment sensitivity to forest harvest in regards to runoff of total mercury and methyl-mercury?

This WP will be accomplished by relating site specific variables in each of the sites used in previously published forestry effect studies to the effect size reported in those publications. Information on site specific characteristics that will be comparable between the catchments will be collected by sampling, visible observations, Geographic Information System (GIS) mapping, and from documentation obtained from project leaders of the original studies.

WP2: What is the influence of clear-cutting rate (% clear-cutted area) on total mercury and metyl-mercury in runoff in relation to other site specific properties estimated with a modeling approach in around 200 catchments?

WP3: How do logging residues left on site effect mercury methylation in soils after forest harvest?

The addition of high-quality organic matter sources working as electron donors for mercury methylating bacteria has been proposed to cause elevated methyl-mercury formation in forest harvested areas. Favorable conditions in soils under the piles of residues, in regards to temperature and moisture, may also favor Hg methylating microorganisms. Hg methylating microorganisms may also be present in biofilms directly associated to the logging residues. In this experiment we will evaluate the mechanisms responsible for a possible elevated MeHg production in biofilms and/or under piles of logging residues.

The project is funded by Formas, the Swedish Research Council for sustainable development.