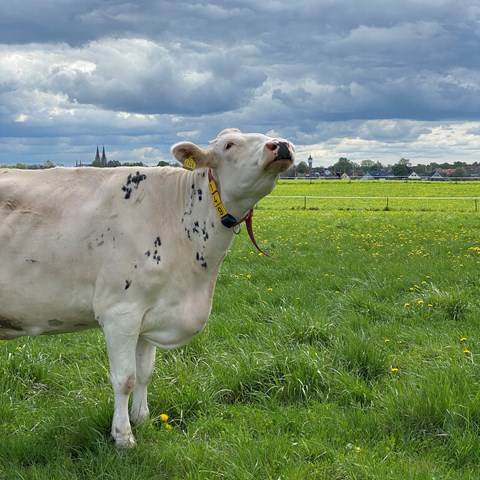 In animals, olfaction is still a rather unexplored area. Research have mainly focussed on dogs’ abilities to sniff bombs, persons or diseases, or rodents olfactory abilities to be used as human models.

This project aims to establish if cows can learn to associate an odour to a pleasant experience, (i.e. food or gently tough). This area is completely unexplored in dairy cows and the project is therefore first of its kind. Despite the fact that many mammalian species have a much more developed sense of smell than we humans, olfaction and the sense of smell is usually not given much thought in animal production. Perhaps due to our own inability to sense as many odours or as many nuances of odours as animals do. After having experienced the Covid-19 disease however, many people will agree to the significant disability that is lack of olfactory abilities. Food does not taste as good as it used to, shampoo loose it flowery feel, and even worse, the smell of your children’s hair is gone! The lack of olfactory abilities can ultimately cause depression, which has been shown in human trials.

How can this be used in practise?

Injuries on humans and animals are a huge worldwide challenge in dairy production. Animal-related accidents e.g. account for an estimated quarter of the total number of occupational accidents in Swedish agriculture, and on average one death per year occurs when handling cattle. In dairy production, animals are often manually handled, and accidents occur mainly while in close contact with the animals (for example during driving to milking and transport). Although dairy cows are usually calm and docile, situations can arise where the cows react unpredictably, which is what can make them dangerous to handle. Fearful cows not only pose a risk to occupational safety but is also detrimental to animal welfare. Dairy cows with poorer welfare have lower productivity, for example lower milk production and poorer reproduction success. Despite this, handling cattle is inevitable and thus there is great interest in improving these situations. The proposed project seeks to explore the possibilities of associative learning in cattle, which may be a useful tool to calm the animals during stressful or fear-eliciting situations. The project will use cows’ sense of smell in combination with associative learning abilities to condition cows to associate a pleasant situation with an odour, and e.g. perhaps in the future, a spray with an odour that cows associate with something good, could be sprayed onto the transporter to calm the animals during transportation?

Project hashtag: #smellnicecow (follow the hashtag to receive news and updates on the project)