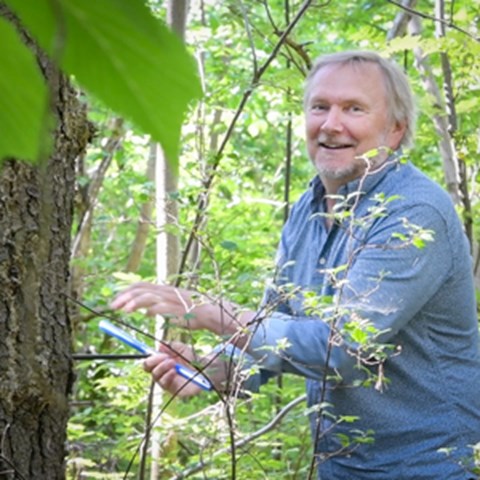 Professor Jan Stenlid is one of the most highly cited scientists in the field. His research has influenced many students and researcher all over the world. Jan Stenlid's research shows both breadth and depth in a way that is unique in the subject area in a global perspective.

Professor Jan Stenlid was appointed Professor in Forest Pathology at the Department of Forest Mycology and Plant Pathology, Swedish University of Agricultural Sciences in 1995. Jan Stenlid will retire in October 2022 after a long and succesful career.

Jan Stenlid has built up and maintained a successful research group for several decades where several younger researchers, including supervising almost 30 PhD-students, have been able to develop into senior researchers who also successfully conduct research in the pathology of forest trees within the group or at other departments, universities, or institutes.

For his outstanding research Prof. Stenlid have got several prizes. In 2009 he was awarded the Alfred Topfer prize and in 2020 Swedish Agricultural University’s large medal of merit.

The motivation stating: “Prof. Jan Stenlid's research shows both breadth and depth in a way that is unique in the subject area in a global perspective. His research has a major international impact and has made a strong contribution to the recognition and luminosity of SLU's forest research. Prof. Stenlid has succeeded in combining basic research to understand the biology of forest pathogenic fungi with research close to the application so that the knowledge will be put to practical use for the benefit of the forestry”.

His achievements reach far outside academia, and he have been the chairperson in the KSLA committee for forest damages as well as an often-hired speaker in society, by companies and authorities, and have often been seen in news media.

In 2019, Jan Stenlid was one of the top cited researchers in plant and animal science. He has published more than 300 papers that has been cited more than 12 000 times.