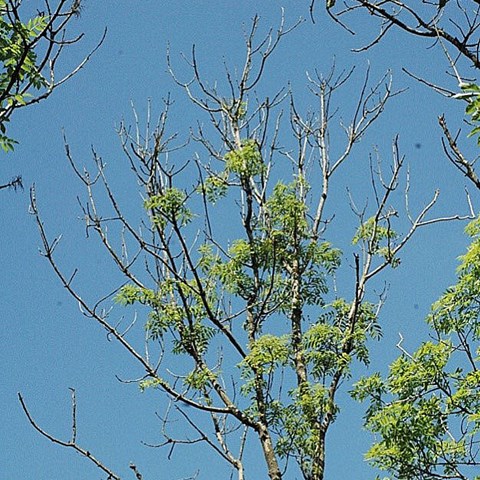 Although tree species such as ash and elm represent less than 1 % of the total standing volume in Sweden they are significant in the landscape of agricultural areas. Both elm and ash have been exposed to diseases and are now declining rapidly. Read more about Ash tree disease.