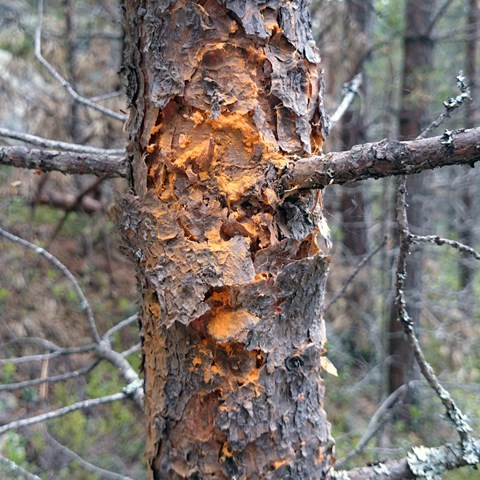 A new damage phenomenon has during the last decade been observed in northern Sweden. Young pine stands are affected by resin top disease and occasionally whole stands have been destroyed. The disease process may take several years which is why it is sometimes is difficult to detect.

During 2007 and 2008 an inventory of pine stands was undertaken in order to quanitify the outbreak. As a result of the inventory, forest owners were advised to regenerate with tree species resistant to resin top disease, such as Norway spruce and Russian larch on rich sites. Analyses of spores collected indicated that the disease is caused by Cronartium flaccidum which uses Melampyrum syvaticum as host alternation.