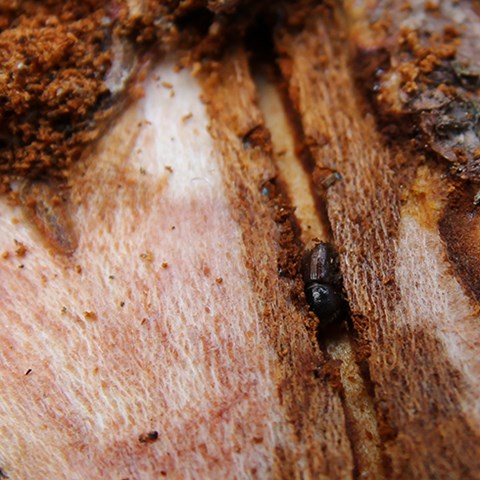 An increase attacks on growing forest by spruce bark beetle (Ips typographus) was seen after the severe storms in 2005 and 2007. A large number of wind felled spruce trees were left in the forest, and the population of spruce bark beetle rapidly increased. A risk of escalating damage to the forests was foreseen.