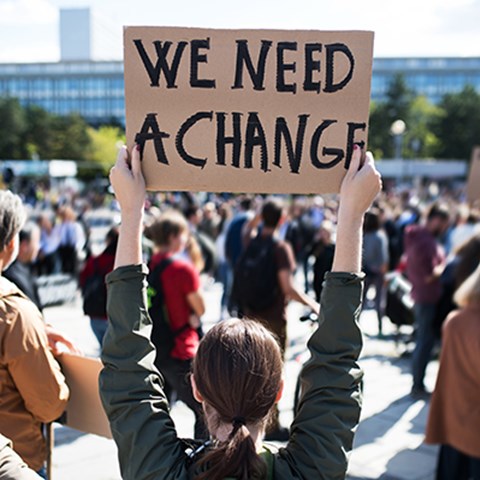 The project aims to develop an integrated vision for transition governance that is more likely to be socially accepted and effective.

In Sweden as well as globally, societal action to curb climate change seems to be trapped in a fundamental dilemma: While transition processes towards fossil-free societies will have to accelerate significantly if we want to limit further exacerbation of climate change, recent experiences in the EU and USA show that rapid social change can provoke severe counterreactions by parts of the population that feel disempowered and left behind.

In this project we aim to address this dilemma by examining the interactions between approaches to transition governance, to identify potential synergies and tensions and anticipate opposition and resistance. We focuse particularly on aspects of justice and legitimacy to develop an integrated vision for transition governance that is more likely to be socially accepted, but also – because of its integrated nature – more likely to be effective than the current piecemeal approach. To make use of the wealth of existing work – both academic and applied – we draw on document analysis, key informant interviews and stakeholder workshops to capture the diversity of perspectives. Our synthetic analysis of interactions between governance approaches from a justice and legitimacy perspective will constitute a novel (and long overdue) contribution to transition scholarship and policy. An agenda for future research, practical steps derived from a collaboratively developed vision and training sessions will help to translate our insights into practice.

The project includes at present four subprojects in which we study different manifestations of governance, justice and resistance in the transition towards a fossil-free welfare society. In the first subproject, we explore how justice is considered and formulated in policy documents and parliamentary debates in Sweden. By examining how politicians in the Swedish national parliament talk about a just transition, we gain deeper insight into the ways that the transition is conceptualized and negotiated through different governance approaches. Sweden has ambitious goals to be world-leading in the transition to climate neutrality and at the same time has a strong self-image as a historically entrenched welfare state where equality is a central part of the core values. Examining the role of justice in the Swedish national political debate is therefore interesting to understand if and how these values are translated into policy.

To further advance our understanding of justice and injustice in the Swedish transition to a fossil-free society, our second subproject focuses on the concept of 'resistance'.  Using sociological theories on how resistance is mobilized and legitimized in social movements as well as literature on the sustainability transition, we investigate how Sweden's transition to a fossil-free welfare state faces resistance from a wide array of perspectives and groups. On the one hand, many climate activists are calling for a more rapid and extensive sustainability transition On the other hand, there is a growing dissatisfaction with the increased fuel prices that make everyday life more difficult for many Swedes. In our second subproject, we investigate how such antagonistic views are connected to similar feelings of anxiety and anger related to the ongoing transition which many people perceive as unfair.

A prominent player in the Swedish sustainability transition is the European Union (EU). As part of its new multiannual financial framework, the EU established the 'Just Transition Fund' (JTF). The JTF aims to support the regions that are expected to be particularly affected by the transition to a fossil-free society. But what does just mean in the JTF? By following the JTF all the way from policymaking in Brussels to the implementation of a 'just transition' in the Swedish region of Norrbotten, our third sub-project investigates how actors at different levels experience and understand the JTF and a just green transition.

The (un)just transition towards a fossil-free society is the focal point also for our case study in Scotland, where we investigate how Aberdeen's large oil and gas industry is transitioning to renewable forms of energy. The focus in the study is on one local community, where different energy initiatives have had a particularly negative effect on the community for decades. By examining the discourses around a just transition, on the one hand among industry representatives and on the other hand among the local community we aim to shed light on an emerging struggle over who can define and shape what a just transition means.

Master theses within the project 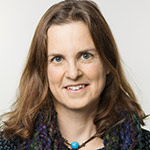 Read more about Anke Fischer on her CV page

Send an e-mail to: anke.fischer@slu.se