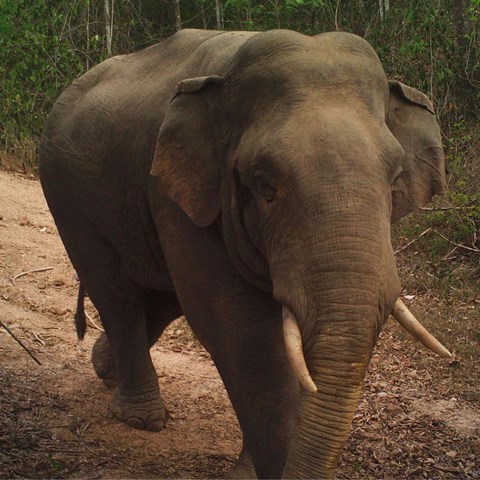 A tusker strides past a camera trap placed on the border of Khao Yai NP towards the agricultural area just at peak activity time (17:41).

When the living space of Asian elephants shrinks, they seek food on farms, which creates conflicts with the local population. This is a major obstacle in the work to preserve the elephants, and knowledge is needed for humans and elephants to be able to live together. Knowledge that Adam Turner contributes to develop with his master's thesis.

My name is Adam, and I come from the UK. I moved to Sweden five years ago to work but decided to further my education and started to study an MSc Conservatory Biology programme. I am married and have two sons.

What is you Master's thesis about?

I used camera trap data within a forest complex of protected areas to understand their spatio-temporal behaviour to understand their movement patterns and predict when they undergo crop-raiding in agricultural areas. The reason behind this is also to understand what habitats they are most dependent on within the park; thus park managers and authorities can mitigate human-elephant conflicts by enriching the park with those habitats and increase mitigation patrols during high human-elephant conflicts periods. 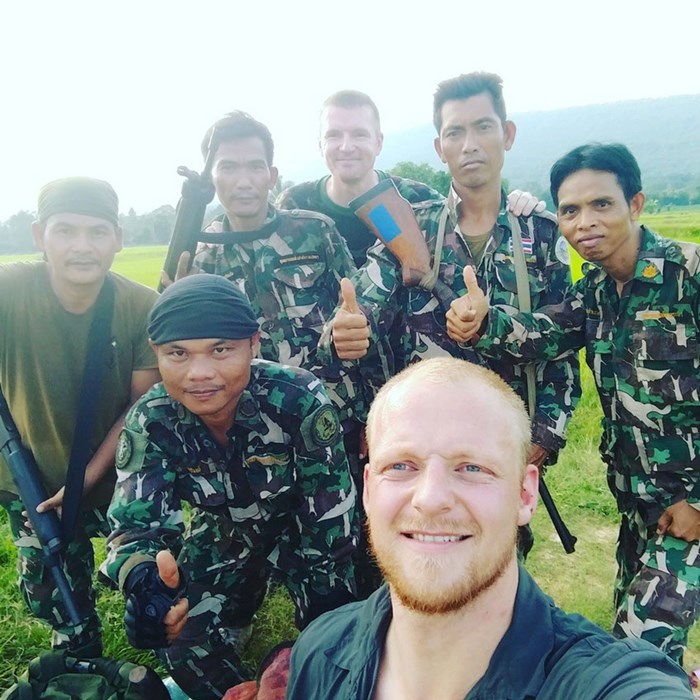 Me and the rangers of Tha Praya NP after 3 days in the forest placing cameras in the park. Photo: Adam Turner 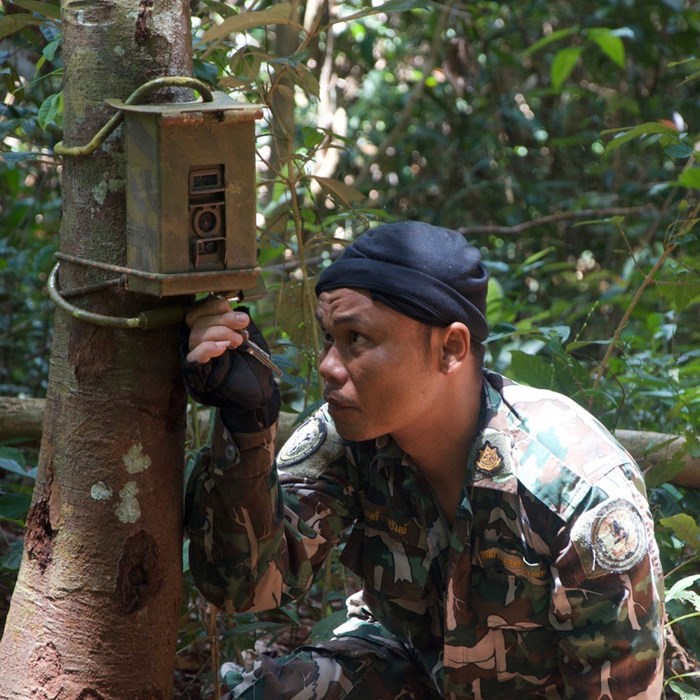 A Hassadin Ranger arms one of the purpose built cameras for a tiger research project - bycatch data from these traps were also used in my thesis. Photo: Adam Turner 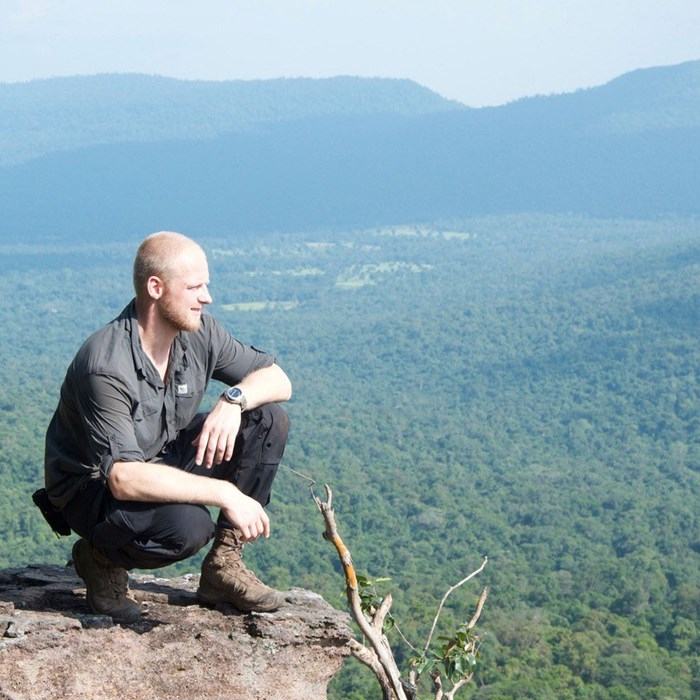 After summiting the steep slopes which border the park we take a look at the stunning scenery of Tha Praya NP. 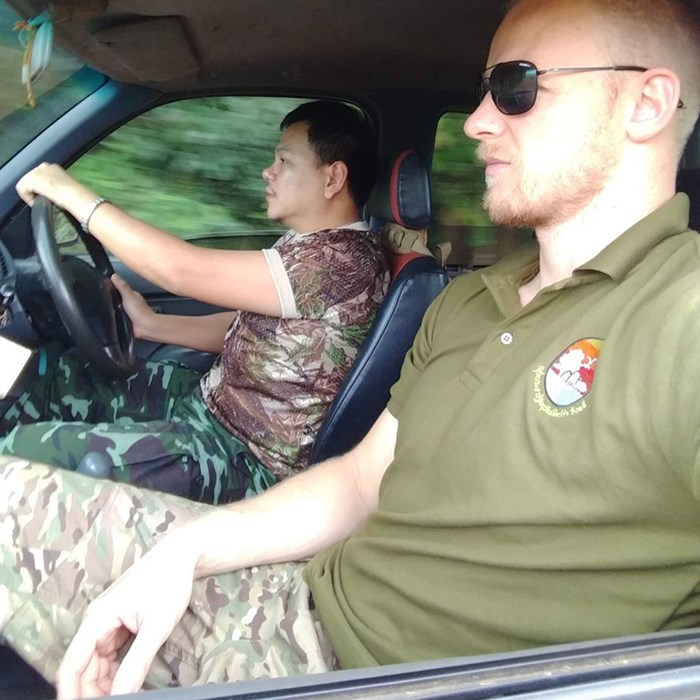 Me and ‘Art’, who works with human-elephant conflicts, patrol Khao Yai NP border in Wang Mee district in a pickup to deter elephants from raiding crops. Photo: Adam Turner 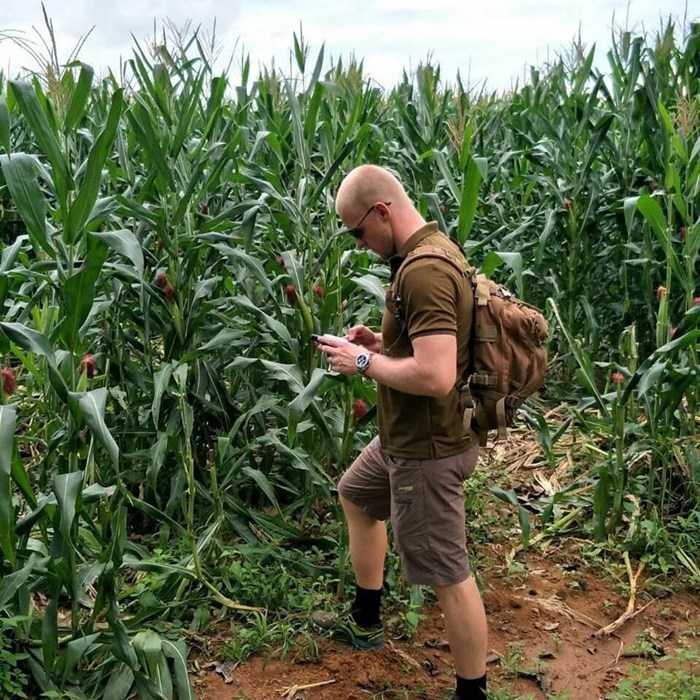 On a human-elephant conflict mitigation patrol we found a corn field with fresh elephant tracks from the night before and logged it into a GPS. 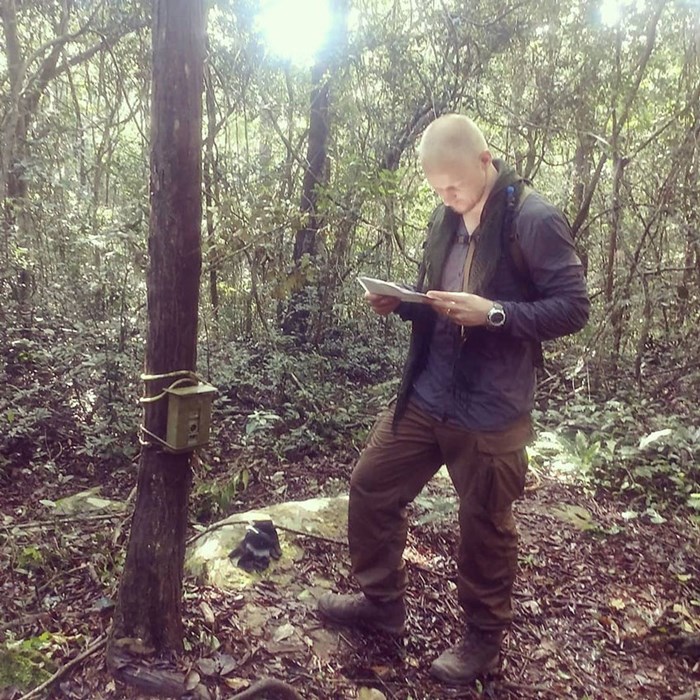 I am recording data into the log sheets used for the tiger research project. 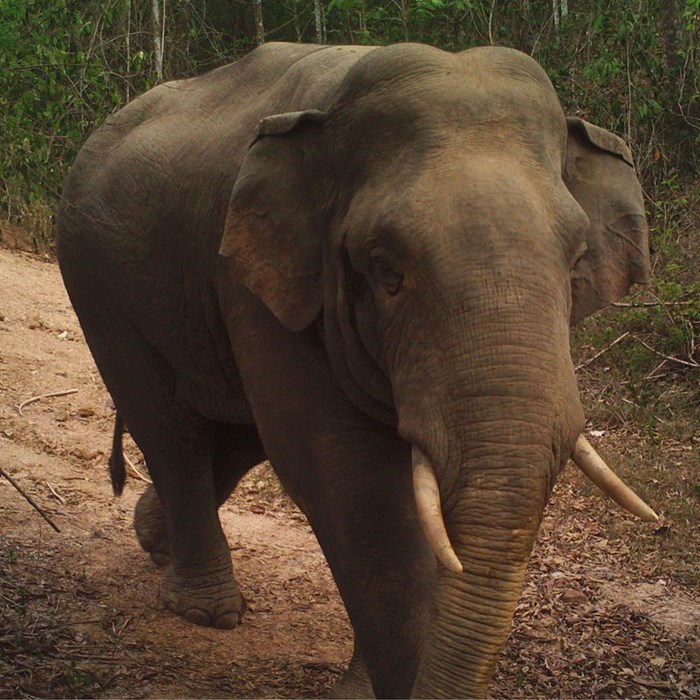 A tusker strides past a camera trap placed on the border of Khao Yai NP towards the agricultural area.

What did you find out?

This study was successful in identifying the spatio-temporal behaviour of Asian Elephants, both for seasonal and lunar cycles. Furthermore, in which habitat they frequent under the above conditions. This study also identified in which season and lunar cycle they undertake human-elephant conflicts.

To summarise, Asian Elephants is very dependent on mixed deciduous forests during the cold season. The park contains only 7.3% of this habitat, but camera trap data indicated very high relative abundance despite its small area especially when compared with the most abundant habitat type, dry evergreen (72.1%), where most of the cameras were subsequently placed. In this same season, the elephants also undertake the majority of crop-raiding (human-elephant conflicts); this is also when the crops are ready for harvesting.

Furthermore, the lunar cycle also played a significant role. Human-elephant conflicts was more prolific during a full-moon and lowest during last-quarter. When considering the habitat preference behaviour, mixed deciduous forests had higher relative abundance during first-quarter and new-moon phases in the same season.

Why did you choose that topic?

I was looking for a topic which is very current and could help a conservation project on the ground to take action. I also wanted to focus on human-wildlife conflicts and camera traps. I did an internship in 2018 in this forest complex and asked if there was any data. I finally used bycatch data of elephants from a tiger research project and created my questions based upon this data and my experience there. I am delighted with my results and thankful for this opportunity.

How did you experience your time as a student in our Department?

I am a distance student, but on those few occasions in the department, I loved it and wished I lived in Umeå so that I could be there every day. On the times I was there, I met some great and enthusiastic students, friendly and welcoming staff and excellent facilities. My learning curve was steepest while there, and I made sure I soaked up as much information and skills before returning home.

Now I am looking for a job working in the field of conservation, especially with conflict mitigation and camera trapping. I want to stay in Sweden with my family and work for Länsstyrelsen or Naturvårdsverket but would consider a job abroad if the conditions were right. I have also considered a PhD position but would have to find the right project that suits my skill set.

Do your Master's thesis at our Department

Interested in doing your Master's thesis at the Dept. of Wildlife, Fish and Environmental Studies? Here you'll find more info.

See what other students are doing their thesis work about

The Department of Wildlife, Fish and Environmental studies