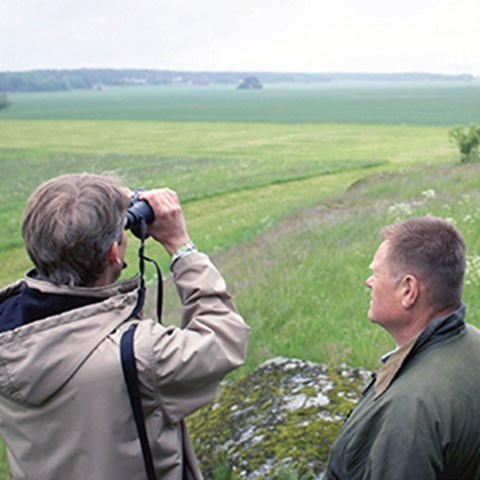 Increasing farmers' awareness regarding the availability and, not least, practicability of available conservation options may be the key to successful biodiversity conservation in agricultural systems, according to an article in Journal of Environmental Management.

As yet, empirical evidence from such approaches is relatively scarce. Jonas Josefsson and his colleagues at Swedish University of Agriculture examined a farmland bird conservation project coordinated by BirdLife Sweden, the Swedish Volunteer & Farmer Alliance (SVFA). The key features of the SVFA were farmland bird inventories from volunteering birdwatchers and on-farm visits to individual farmers from conservation advisors for guidance on AES as well as unsubsidised practices.

Using an ex-post application of the theory of planned behaviour across project participants and a randomly sampled control group of farmers the researchers assessed how SVFA affected behavioural intentions relating to AES and unsubsidised conservation, and how the behaviour was affected by attitudes, perceived social norms and perceived behavioural control. They also included a measure of self-identity as a conservationist to assess its importance for behavioural intentions, and if SVFA stimulated this self-identity. SVFA farmers reported greater commitment to implementing AES and unsubsidised conservation, as compared to the control group. However, greater commitment was associated with more positive attitudes for unsubsidised conservation only and not for AES, underlining the inability of existing AES to prompt intrinsic motivation.

There were also differences between farmers within SVFA, where farmers applying to the project were motivated by social influences, while farmers recruited by project managers were motivated by their personal beliefs regarding nature conservation. Finally, farmers' self-perceived ability to perform practices (i.e. perceived behavioural control) was important for their commitment to implementing AES as well as unsubsidised practices.