Double fish production while preserving biodiversity - can it be done? 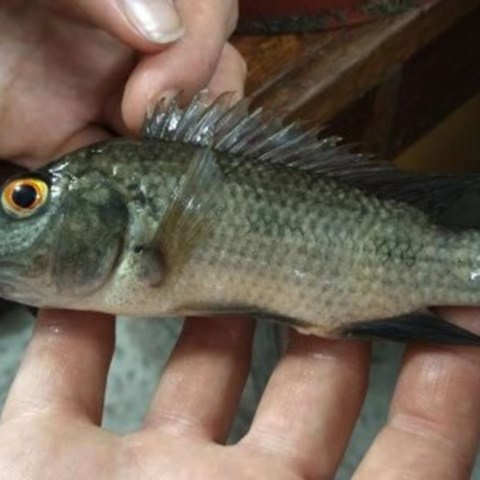 Tilapia, second only to carp as the world’s most frequently farmed fish, live in huge numbers in the Great Lakes (Victoria, Tanganyika, Malawi/Nyasa). The lakes are considered a global biodiversity hotspot due to the hundreds of species of cichlid fish, including some of the 30-odd known subspecies of tilapia that are found in Tanzania.

Fish also provide nutrients in a more efficient way than other sources of animal protein because they convert more of their food into body mass. Some types, such as tilapia, are particularly attractive because they can be reared largely on inexpensive vegetable matter and agricultural waste, while many of the fish species reared in the developed world have to be fed on fish meal.

At the moment, tilapia farming in Tanzania is mostly for subsistence or for small-scale markets and often uses non-native species, such as Nile tilapia. Around half of the world’s tilapia species are native to Tanzania, but 99% of commercial production is currently in China, Honduras and the US.

To develop an aquaculture strategy for Tanzania, 30 scientists representing Tanzanian stakeholders as well as international research organisations met for a three-day workshop in Zanzibar. The meeting was funded by the Swedish “Agriculture for Food Security 2030” (AgriFoSe) program and jointly organised by University of Dar Es Salaam, Worldfish Malaysia, and the Swedish University of Agricultural Sciences. Participation of scientists from Bangor University and Earlham Institute was supported by a BBSRC award from the Global Challenge Research Fund (GCRF).

The main outcome of this workshop was a new consortium between the partners, committed to establishing a National Aquaculture Development Centre (NADC). The NADC could help triple the contribution that aquaculture makes to the economy, double the production of fish in the country by 2025 and improve access to fish as a protein source – especially for women.

“The provision of healthy fingerlings (young fish) of varieties that are well adapted to local production environments is a key requirement for aquaculture in any country. To establish and maintain a brood stock to supply the industry with fingerlings requires long-term investments in infrastructure and training."