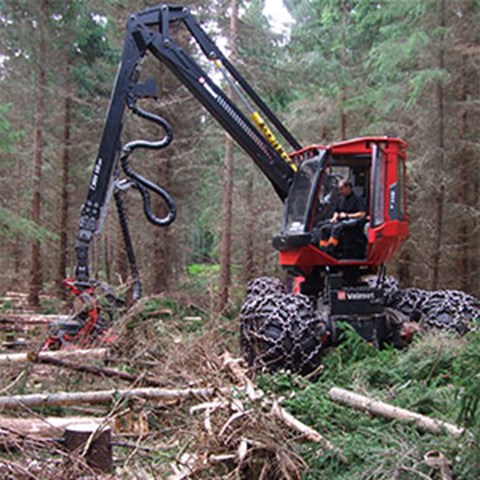 Stumps are treated with the biological control agent Rotstop, which is applied on stumps following harvest. Photo: Jonas Olivà.

The most serious pathogen in Swedish forestry is the fungus Heterobasidion annosum. The most important counteraction constitutes of the biological control agent Rotstop, which is applied on stumps following harvest. A new study from SLU shows that the fungal community in and on the stump may affect the efficacy of this treatment, and that the treatment itself will lose effect dramatically if it does not cover the entire stump surface.

Sweden is to more than half of its area covered in forest. In the last century, the usage of this resource has undergone dramatic changes in efficiency, such as replanted monocultures and mechanized clear-cutting. Of course, this makes for vast economic gains, but the development also brings complications.

The scourge of forestry

Heterobasidion annosum is a wood decaying fungus, whose evolutionary niche for millions of years has been to quickly colonize fresh wounds on spruce and pine. The fungus spreads down into the roots and through root-root-contacts up into adjacent trees. Infected spruce trees are rotted from the inside and lose all value for any use except as biofuel. Historically, the supply of such wounds has been very limited, but following the revolution of forest industry, all of this has been turned upside down. When several hectares of forest are clear cut simultaneously, every single stump becomes a feast for Heterobasidion. The effect has been an explosion of this fungus in every country with a conifer forest sector. In Sweden, it is estimated that 14 % of all spruce trees are infected, which makes Heterobasidion the sole most serious economic loss for foresters.

Since the fungus is impossible to get rid of once established, every control action strives to minimize the risk for infection through stump surfaces. Harvest wintertime, when the amount of air borne spores is small, is important. Apart from that, the most meaningful discovery so far is a biological control agent called Rotstop. 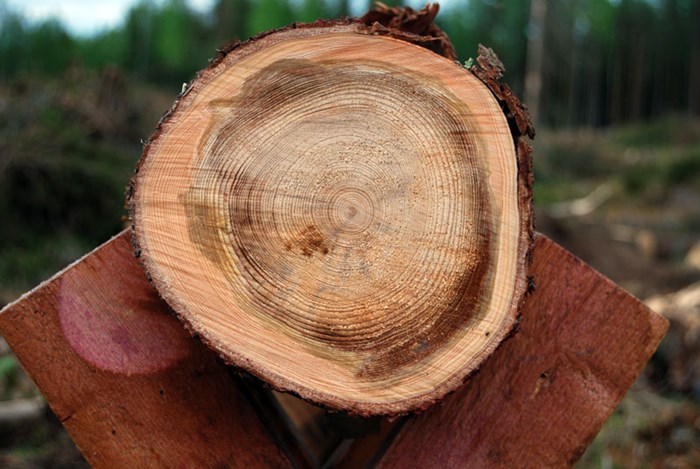 The fungal community in and on the stump may affect the efficacy of Rotstop treatment and that the treatment will lose effect dramatically if it does not cover the entire stump surface. Photo: Jonas Olivà. 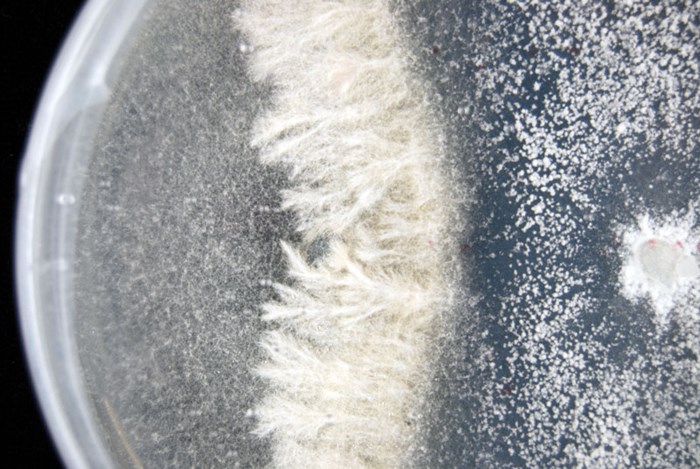 Assays were done on nutrient plates to assess if two fungi were in fact the same. Photo: Jonas Olivà.

In principle, Rotstop is a spore suspension of another fungus, Phlebiopsis gigantea, which is not harmful to living trees but can efficiently colonize dead wood. The substrate is sprayed onto the stumps in the same moment the tree is cut. The fungus subsequently germinates to cover the stump as a lid, blocking Heterobasidion spores from colonizing it. The method is efficient, but does not eliminate infections and sometimes provide varying results. A new study from the department of Forest Mycology and Plant Pathology at the Swedish University of Agricultural Sciences, SLU, has investigated the reasons for this. Jonas Olivà is the main author.

"The stumps are not just a battleground for Heterobasidion and Phlebiopsis", Jonas says. "A number of other microbes already live there when the tree is harvested, or colonize the surface afterwards. We wanted to investigate whether any such species inhibited or benefited the control agent or the pathogen. At the same time, we also wanted to study the importance of the complete coverage of the stump by the agent in order to achieve full protection."

Jonas Olivà and collleagues used stumps from a thinning operation in the forest. These were infected manually using Heterobasidion spores, and were subsequently either treated with Rotstop, or not at all. The fungal community on the stump surfaces was examined using DNA-analyses, and the total biomass and the spatial distribution of Phlebiopsis gigantea respective Heterobasidion was noted.

"This way, we could measure the actual effect of treating stumps with Rotstop", Jonas says, "and saw that such stumps had on average 185 times less Heterobasidion than those untreated."

"It has been shown that a stump surface poorly covered by Rotstop does not have a strong protection against the pathogen. By quantifying the biomass of both fungi and correlate it to the size of the covered surface, we could put numbers to this relationship."

The researchers saw that if the Phlebiopsis coverage dropped by 20 %, the amount of Heterobasidion in the stump was doubled. At the same time, the amount of Phlebiopsis went down seven-fold. This sensitive relationship might well be the reason complete colonization of the stump is important for Rotstop to be efficient.

Interactions with the fungal community

Jonas Olivà also studied how the fungal community in the stump affected the treatment, by comparing how often different fungal species co-existed with Phlebiopsis respective Heterobasidion on the stumps.

"We found some species and genus that were affected by the Rotstop treatment", he says. "Among these, the Debaromyces genus is probably the most interesting; these yeast-like fungi appear to be associated with an increase in Phlebiopsis biomass, and with a decrease in Heterobasidion biomass. It is known that this genus exhibits antimicrobial properties against a number of pathogens, which make it exciting to speculate that if these observations were experimentally confirmed, such fungi could be used as a complimentary agent to use alongside Rotstop."

In conclusion, Jonas Olivà and his colleagues showed that Rotstop treatment has an enormous effect on the amount of Heterobasidion in stumps, but the effect quickly diminishes if the stump is not completely covered, and that some species in the fungal community has the potential to both enhance and inhibit the protection obtained by the Rotstop treatment.