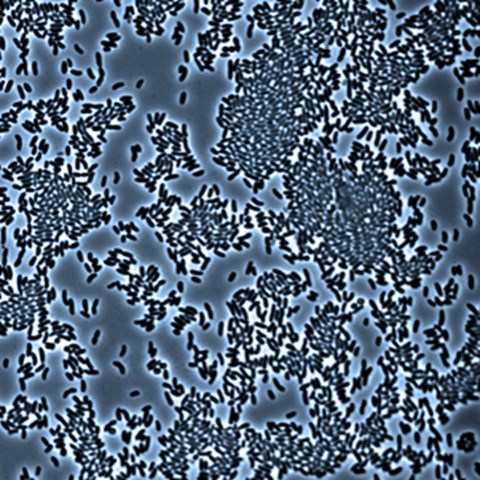 Pseudumonas stutzeri is denitrifying bacterium capable of degrading nitrous oxide, and thus of importance to the recycling of nitrogen compounds in soil and water back to atmospheric molecular nitrogen. Photo: Monica Conthe.

Mankind's excessive production of ammonium brings severe environmental issues. Such nitrogen compounds can only be transformed back to molecular nitrogen by specific microorganisms, but these may in the process also produce nitrous oxide, a dangerous greenhouse gas. A new thesis from SLU investigates during which circumstances and in which habitats such microorganisms thrive.

Nitrogen is crucial to all life on earth, but in its commonest form, atmospheric molecular nitrogen, it is unavailable to most organisms. Nitrogen is however fixed into available ammonium, in a process that is naturally only driven by microorganisms.

In 1913, man conquered control over this process, learning to industrially manufacture ammonia from nitrogen and hydrogen gas through the Haber-Bosch method. The ammonium was primarily used as agricultural fertilizer, and is probably the single most important reason the world's population increased from 1.6 billion to 7 billion over the course of a century. Presently, ca 450 million tonnes of ammonia is manufactured yearly by this method. Unfortunately, barely 50 % of fertilizer ammonia is assimilated by the plants. The rest of the nitrogen ends up in rivers, lakes and oceans, causing various kinds of environmental problems. 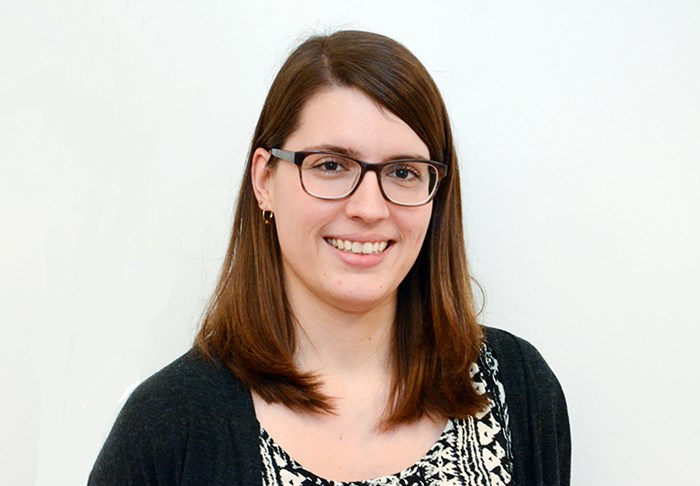 Unfortunately, it is not quite as easy to produce molecular nitrogen from nitrogen compounds in the water as making ammonium from molecular nitrogen in the air. The process of recycling nitrogen back to the atmosphere is called denitrification, and is also primarily driven by microorganisms. However, as a byproduct, nitrous oxide (N2O) is produced. This is a green house gas 300 times more potent than carbon dioxide, and also harmful to the ozone layer. Since pre-industrial times, the amount of this gas in the atmosphere has been increased by a fifth. Some denitrifying microorganisms also degrade the nitrous oxide, while others do not. A third group may only degrade nitrous oxide, but not produce it.

Thus, denitrifying microorganisms are essential not only to deal with the surplus anthropogenic nitrogen in the environment, but also to assure that this process does not lead to an increased production of nitrous oxide and thereby atmospheric problems. Hence, mankind has an interest in knowing which of these groups of denitrifying microorganisms are most important, and which habitats are most important to their presence and abundance. This is the topic of a new thesis from the Department of Forest Mycology and Plant Pathology at the Swedish University of Agricultural Sciences, written by Lea Wittorf.

- Our studies show that microorganisms that are capable of both denitrifying the nitrogen compounds, and degrading the resulting nitrous oxide, are capable of outcompeting those that only manage one or the other, Lea Wittorf says.

- This holds true for every habitat we investigated - sludge, and shallow or deep coastal sediment, for example - and probably means that this group is important both regarding removing high nitrogen loadings and decreasing the amount of atmospheric nitrous oxide.

Lea Wittorf also studied the impact of oxygen levels on the three groups of denitrifying microbes in coastal sediments; an ecosystem severely affected by anthropogenic nitrogen pollution. She discovered that the complete denitrifies were dominating in the sediments, no matter the levels of oxygen, but also that this group was strongly benefited by oscillating oxygen levels, pending between oxygen rich and poor conditions.

- This is understandable, Lea says, as coastal sediments have a naturally fluctuating oxygen supply. But we also noted that denitrifying microbial communities are more abundant in sandy and silty-mud sediments compared to other types of sediment.

- In conclusion, my thesis shows that microorganisms that are capable of both denitrifying nitrogen compounds and breaking down nitrous oxide are competitive and thus important as nitrous oxide sinks in nature. I also show that these microbes benefit from oscillating oxygen supply and coastal habitats with sandy or silty-mud sediment. To decrease the levels of nitrogen pollutions in our waters, and not increase the levels of atmospheric nitrous oxide, it is in our interest to protect ecosystems with such conditions, Lea summarizes.