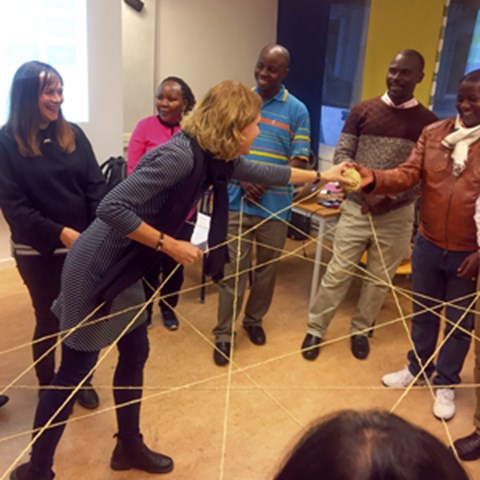 The participants express what they take from the workshop, while creating connections between each other through a roll of string.

Deep concentration characterised a seminar room at SLU in Uppsala when the AgriFoSe2030 programme hosted a three-day workshop on Theory of Change with participants from national projects based in Uganda, Laos, Zimbabwe and the Democratic Republic of the Congo. Through twisting and turning of concepts, perspectives and timelines, the project groups gradually created impressive overviews of the result-focused project management plans that are to shape the projects going forward.

Theory of change – a maze of concepts

Theory of change (ToC) can feel like a maze of concepts, goals and outcomes to many. But did you know that you often apply a theory of change in your daily life? You want to ask your friends to change the plans of the weekend or you might desire a change to happen in the strategy of the organisation you work for, with a starting point in your own theory of what needs to change and why. This theory is many times deeply rooted in our own personal beliefs or perspectives. Applying a theory makes it easier for you to understand and plan for the change to happen and to know what activities can trigger a change.

The Center for Theory of Change in the US defines ToC as “… a comprehensive description and illustration of how and why a desired change is expected to happen in a particular context”. The purpose of ToC is to identify key drivers of change as well as inhibitory forces in order to efficiently structure an idea to determine its achievability. In the world of academia, it is increasingly recognised that research must have purposeful and effective routes to impact, hence why frameworks such as ToC have become so central. 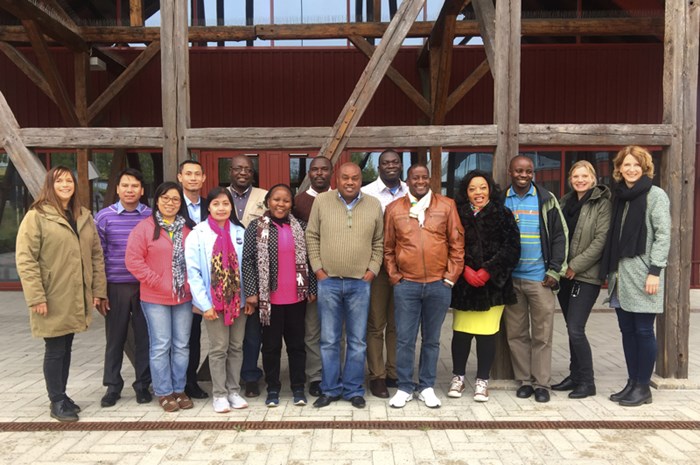 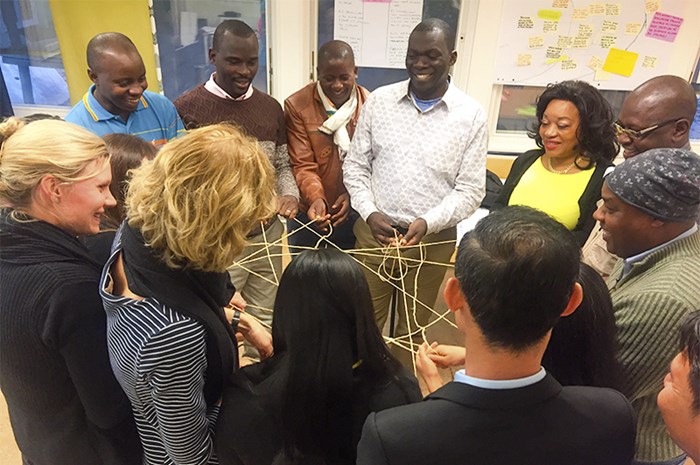 The participants express what they take from the workshop, while creating connections between each other through a roll of string. 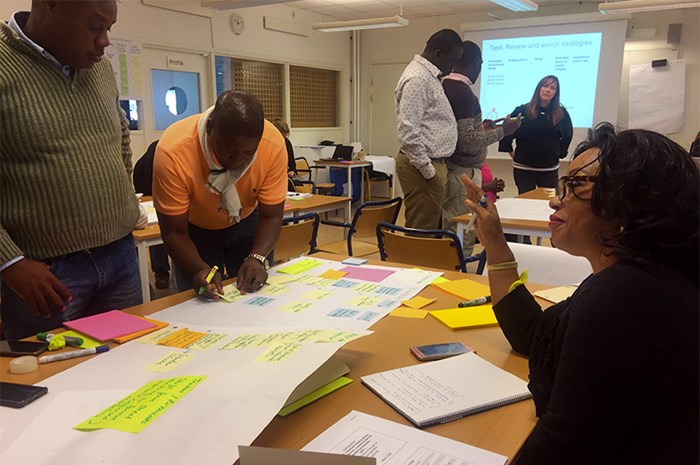 The AgriFoSe2030 programme aims to transform practices towards more efficient use of human, financial and natural resources, to stimulate increase in food production and improving access to markets. On the 25-27th of September 2018, participants from Uganda, Zimbabwe, Laos and the DR Congo engaged with the AgriFoSe2030 programme to take part in a workshop on Theory of Change. The purpose of this ToC workshop was to improve the strategic structure around three newly started projects under Theme 4 of the programme; Livestock-keeping among smallholders for a nutritious diet and increased food security. Participants in the workshop consisted of project leads, but also policy-makers and practitioners, particularly relevant for the focus and ultimate aim of each project. An important take-home from the workshop included a thorough understanding of the drivers of change in the teams’ shared fields of study, identifying key stakeholders and making plans enabling them to reach their target audiences.

Furthermore, the workshop and the ToC methods that are to be implemented in the projects aim to introduce short-, medium-, and long-term strategies in order to achieve feasible results. Theme leader of Theme 4, Sofia Boqvist, expressed her positive expectations about the ideas of ToC being introduced in the projects. “I am excited to see the initial introduction of ToC at this workshop and am hoping that the ideas and perspectives will follow and benefit the projects in each country respectively”.

In this video Dr Daovy Kongmanila shares her takeaways from the workshop and how they can be used going forward.

Dr Daovy Kongmanila from the project “Improved goat keeping among smallholder farmers for a nutritious diet and increased food security” from Laos.

Finding the tools for change

All three projects expressed a wish to increase stakeholder communication and interaction throughout the entirety of the project period. Dr Daovy Kongmanila is participating in the AgriFoSe2030 programme as the principal investigator of the Laos case study “Improved goat keeping among smallholder farmers for a nutritious diet and increased food security”. Dr Kongmanila explained that increased communication in the initial stages of a project can improve the efficiency of initiatives throughout the project. Some of the main challenges of the project, identified through the exercises in the workshop, are changing cultural and traditional attitudes and beliefs, smallholders’ lack of access to funding as well as lack of interaction between stakeholders. However, some of these challenges can be turned into possibilities with the right tools and perspectives. “In our project we have at least four stakeholders that are able to contribute to the successful improvements of goat keeping”, said Dr Kongmanila.

Another project taking part in the workshop was “Promotion of Jersey breed – Artificial Insemination services for improved livelihoods in smallholder dairy farming households in Central Uganda”. The project aims to increase the domestic use of the dairy cow breed Jersey, in order to improve profits for smallholder households. Dr Patrick Kalibbala, who works in the project, said, “We have already had the chance to collaborate with important stakeholders from an early stage in the project. We have seen a more immediate interaction than we thought we would”.

The final project participating in the workshop was the project “Edible insects for food security and health – from practice to evidence and policy implications” carried out in Zimbabwe and the Democratic Republic of the Congo. Dr Robert Musundire explained that the workshop has enabled the project team to define change among the stakeholders, as well as possible ways to monitor predicted change over time. The project aims to turn current insect traders into organised markets as well as to introduce other actors such as urban councils at an early stage. By implementing methods of ToC the representatives of the project hope to more efficiently identify the key drivers of change as well as to increasingly engage stakeholders in the insect value chain.

Dr Robert Musundire presents his project that works towards introducing the national use of insects as food and feed for improved food security in the Democratic Republic of the Congo as well as in Zimbabwe.

Defining what change you wish to achieve

Workshop coordinator and Theory of Change consultant Dr Isabel Vogel explained that there are simple things that we fail to articulate as researchers: What is the change that you wish to achieve? She further described the benefits of applying methods of ToC in projects in order to achieve change. “Theory of change is a critical thinking process to help analyse the complex systems in which we seek to influence positive change, so that our actions can be guided by a deeper understanding of our stakeholders’ position, their priorities and the challenges they face in their contexts. Applying these perspectives in a structured way with ToC can give our projects a better chance of influencing the positive change we seek”, said Dr Vogel.

The difference in topics among the projects did not prevent them from learning from each other. By applying the methods of ToC in the workshop, projects were able to map their individual pathway to change as well as identifying key players that can influence projects to be successful.  “We now have many different tools to use to articulate what we intend to do in a more meaningful and effective way”, said Dr Maria G Nassuna-Musoke from Uganda, and explained that she is thankful for the practical learnings from the three-day workshop.

Dr Maria G Nassuna-Musoke is the principal investigator of the project “Promotion of Jersey breed – Artificial Insemination services for improved livelihoods in smallholder dairy farming households in Central Uganda”. Listen to her thoughts about the outcome of the three-day workshop.

This theme aim to fight nutrient deficiency by increasing productivity in animal production, find mechanisms to facilitate inclusion of poor smallholders in markets to ensure profitable sale of their products and develop animal production systems and markets that benefit women and young people.