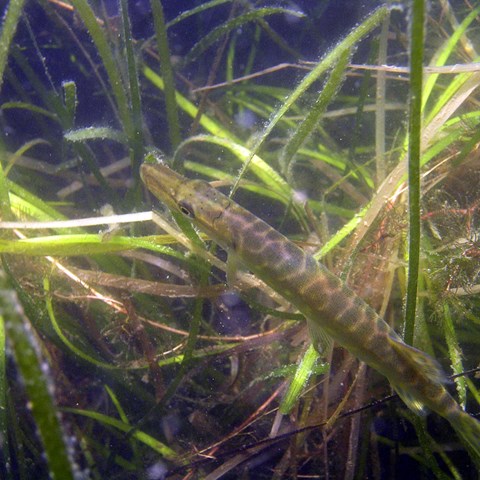 People around the Baltic Sea love boats and Swedes and Finns in particular love their archipelago. But the boating activities can put pressure on the coastal environment. In a new scientific article, researchers from Stockholm University and the Swedish University of Agricultural Sciences show that small boat marinas have a clear impact on both the amount and species composition of vegetation on the seabed. The study also shows that the vegetation that is affected is very important for recruitment of several coastal fish species, including perch and pike.

The researchers have done a two-part study. They studied the aquatic vegetation in seven marinas and compared them with seven similar wave-protected bays without jetties and boats. They also examined the importance of vegetation for juvenile fish based on a large material from the entire Swedish Baltic Sea coast.

- Our results show that in bays with many jetties and a lot of boat traffic, the seabed vegetation is affected throughout the bay, not just near the jetty, as previous studies have shown, says Joakim Hansen, one of the authors of the article. In bays with few jetties we did not see clear effects, but in bays with marinas, the vegetation was between 40 and 80 percent lower than bays without boats.

- Shallow wave-protected bays are ecologically important and fairly rare from a marine perspective. At the same time, it is often close to such bays that people want to live and build boating infrastructure, says Joakim.

Important habitat for juvenile fish
The researchers also showed that with increasing amount of aquatic vegetation, the number of young-of-the-year juveniles of pike, perch and other coastal species increased. The vegetation is the fish nursery habitat, where they can hide and find food. Together with previous results, these findings indicate that if the aquatic vegetation decreases in coastal areas where there is generally a lack of recruitment areas for fish, the stocks of adult fish may decrease.

Coastal zone planning on a regional scale
To reduce the environmental impact of boating, the researchers recommend that management take a holistic approach and conduct risk assessments on a regional scale. In areas where there are already several marinas, one should avoid building new ones, and in areas with limited recruitment areas for fish as well.

- If you want to establish jetties or expand a marina, you should keep in mind that there will be less effects of jetties and boats on the underwater environment at shores that are naturally wave exposed and have a hard bottom substrate, says Joakim. It is particularly the shallow, naturally wave-sheltered environments with vegetation and fine sediments - that are easily disturbed – that are the most sensitive for boat traffic.