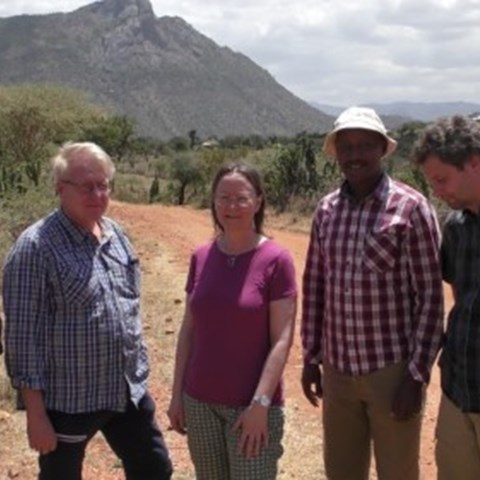 Last week SLU researchers were in Kenya to start up a new research project about the link between land ownership and the capacity for climate change in three semi-arid regions in Kenya dominated by pastoralism. A comparative analysis of different tenure systems and their implications for climate vulnerability in semi-arid Sub-Saharan African is to be done. The project is financed by The Swedish Research Council (Vetenskapsrådet) and will initially run for three years. 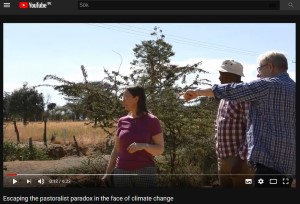 Click on the picture above to view the film where researchers and research assistants describes the plans for the project, in West Pokot, Kenya in February 2018.

Currently, more than 23 million people across the Horn of Africa depend on nomad livestock farming, so-called pastoralism, for their living. This way of life is increasingly challenged by a combination of land loss in favor of agricultural expansion, tourism, infrastructure and other markets, but also frequent and persistent political conflicts and violence, population growth, accelerating economic inequality and climate change. In response to these challenges an ongoing transition from pastoralism so-called agro-pastoralism has been observed in several semi-arid areas in Kenya. This is characterized by a more sedentary lifestyle, as well as more privatized and commercialized use of land. The long-term sustainability of this transition rests on the possibility of having access to land that is safe but at the same time flexible, the so-called pastoralist paradox. The purpose of this project is therefore to analyze this transition through a comparative study of the link between land ownership and the capacity for climate change in three semi-arid regions in Kenya dominated by pastoralism. 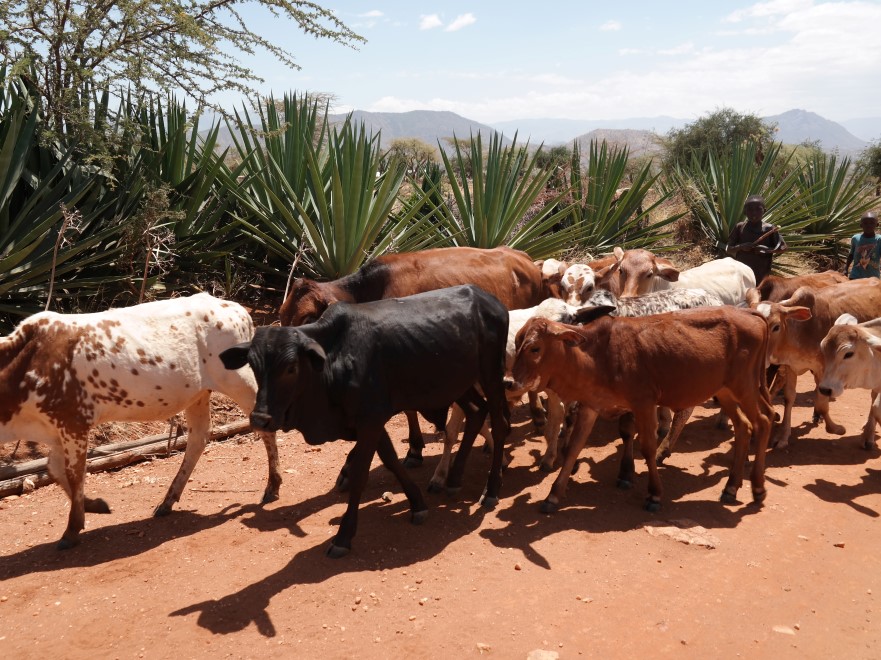 Cattle in West Pokot, Kenya. In the background are sisal plants planted to function as a live fence. The primary purpose of live fences is to control the movement of animals and people.  Living fences can also provide fuel wood, fodder and food, act as wind breaks or enrich the soil, depending on the species used. Photo: Malin Planting

Four Kenyan counties are chosen as case study areas: West Pokot, Baringo, and Laikipia/Isiolo (analyzed together). They are dominated by semi-arid lands where pastoralism is or has been dominant livelihood. Together, these areas provide very relevant and appropriate opportunities to study the connection between pastoralism and vulnerability to climate change. In the project we will (1) identify and categorize different land tenure systems and associated land use within and between these three areas. Based on this we will then (2) analyze how driving forces created by different land tenure conditions affect pastoralists land use, land and livestock management.

A survey that will be conducted across all three case study areas. It will do it possible to estimate the marginal value of factors that are central to household welfare and factors such as cattle health, climate variations and tenure security. This is combined with methods to measure pasture productivity over seasons. We will also conduct qualitative interviews about household cattle and milk production, animal breeds and health, focusing on changes over time. Finally, we will bring these results together to identify pathways to climate-friendly pastoralist land tenure. The project also strongly emphasizes dialogue and interaction through several workshops with reviewers, and includes a final policy design analysis.

Ewa Wredle, Senior Lecturer at the Department of Animal Nutrition and Management and theme leader at SLU Global
E-mail: ewa.wredle@slu.se

Gert Nyberg, Researcher at the Department of Forest Ecology and Management and deputy theme leader at SLU Global
E-mail: gert.nyberg@slu.se

Per Knutsson, Researcher at the University of Gothenburg
E-mail: per.knutsson@gu.se

Stephen Mureithi, Researcher at the University of Nairobi
E-mail: stemureithi@yahoo.com

Triple L Consortium
The Triple L research initiative is a multidisciplinary research initiative taking its base in the land-use and livelihood transformations that has taken place in West Pokot, Kenya, during the last three decades. These transformations are relevant and common to vast areas of drylands in Sub-Saharan Africa and we aim to analyse, understand and learn from this development.