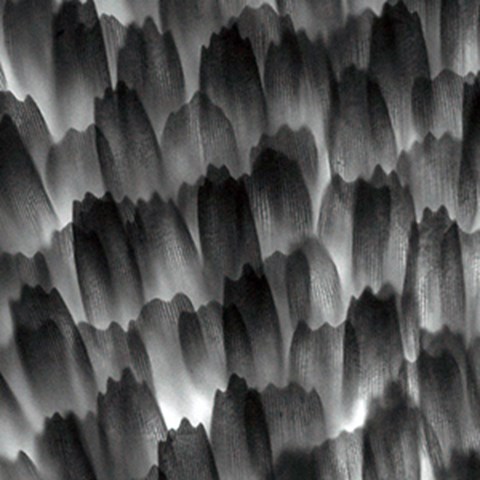 Sediment layers in lakes reflect how the environment has changed over the millennia, and for a long time, pollen analyzes have been used to show how the vegetation has varied in an area. Now we know that it is also possible to trace ancient insect outbreaks, since not only pollen grains, but also scales from moth wings, are preserved in the sediments. One of the persons behind this new discovery is Miguel Montoro Girona, now a postdoc at SLU. The use of scales as a new proxy to rebuild the past of forest ecosystems represents a major contribution in Paleoecology.

The knowledge we have about our prehistoric forests and how the vegetation has changed over the millennia is largely based on analyzes of pollen that have been preserved at different depths in sediments in lakes, mosses and marshes. The method, used for over a hundred years, rests on the huge amounts of pollen that are released by flowering plants, some of which end up in places where they sediment and are preserved for hundreds of thousands of years. The humid and rather oxygen-poor environment prevents the outer shell of the pollen grains from breaking down.

Only now it has been shown that these same sediments can also be used to trace historic insect outbreaks. Miguel Montoro Girona, a postdoc at SLU in Umeå, together with colleagues from the University of Quebec in Canada, have shown that scales from the wings of moths and other Lepidoptera are preserved in the same way as pollen in lake sediments. The scales are made of chitin and break down very slowly, and it is possible to identify the species they come from. And since each moth has thousands of scales on its wings, there are huge amounts of scales around during an outbreak.

"We got the idea behind ​​this discovery by chance," says Miguel. It began when a limnologist we know had discovered "strange structures" in a lake water sample and wondered what they were, and the answer turned out to be scales from moth wings. Later that summer, we saw loads of moths in lakes during an outbreak of the spruce budworm (Choristoneura fumiferana) – the most important defoliator of conifer trees in Eastern Canada – we just knew what we had to do.

Other scientists were skeptical about the idea, but Miguel Montoro Girona and his colleagues had no trouble finding moth scales in lake sediments. Now they have also fine-tuned the method to sort out the scales from the sediment samples, and developed keys for species determination, understanding its potential as paleoindicator.

"We couldn't understand how nobody had discovered this before," says Miguel. "None of the paleo-ecologists working with pollen had observed these structures, because the preparations for the pollen analysis destroyed the scales. Still, the scales were there, just waiting to be discovered ... as a hidden secret in the sediments."

With their newly developed method, Miguel Montoro Girona and his colleagues have now studied lepidopteran scales in the sediments of Lake Flévy in the province of Quebec. Their five-meter sediment core represents a period of 10,000 years, and counting the scales at the microscope and testing the new method took five years of hard work. Although a large part of the scales were injured and difficult to determine to species, they could confirm that peaks of identified fossil scales corresponded to periods of insect outbreak.

In an article in the journal Frontiers in Ecology and Evolution, the researchers introduce the needs, potential and applications of their method in forest ecology, and the main directions for the future research. Their vision includes studies concerning evolution, biodiversity, climate change and forestry. Today, for example, there are discussions on how a warmer climate may affect the risk of large insect outbreaks, and in this context it would be valuable to investigate the historical relationships between climate and insects.

"We hope our method will get the same big impact as the pollen analysis once received one hundred years ago," says Miguel. "This is just the tip of the iceberg; maybe 2018 will be the year of lepidopteran scales!"

Miguel Montoro Girona is now working at SLU in Umeå, modelling the impact of natural disturbances (such as moose browsing, storms and insect outbreaks) in forests, under climate change. He adds that there are a number of pest insects in Scandinavian forests, whose outbreaks could be traceable in sediments. Among these are lepidopterans such as the pine looper moth, the nun moth, the gypsy moth and the European leaf roller.

Thousands of scales cover the moth body and wings like shingles on a roof, arranged in rows and anchored in a socket. The size of a scale is about one twentieth of a millimeter. Optical microscope photo; Credit: Emy Tremblay and Miguel Montoro Girona

Examples of scale morphotypes of the spruce budworm. The diversity in shape and color makes scales a potential proxy to identify Lepidoptera species. Credit: Emy Tremblay and Miguel Montoro Girona