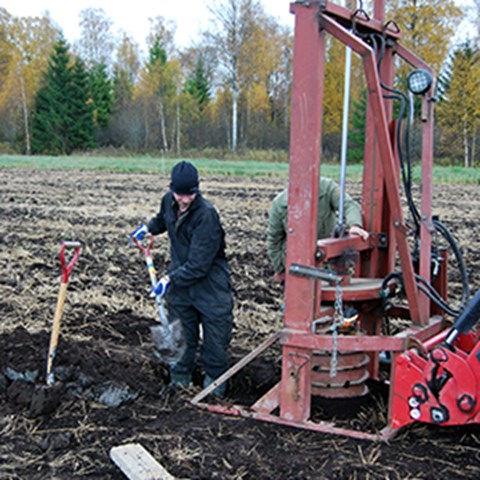 Soil columns are taken from an agricultural soil that used to be a peatland. Photo: Matthew Riddle.

In a new doctoral thesis, Matthew Riddle has investigated phosphorus leaching from Swedish arable organic soils. The results suggest that these organic soils have potential to pollute surface waters.

Until the 18th century, peatlands were of little or no use to farmers in Sweden. In the mid-1900s around 700 000 ha of peatlands had been converted to agricultural land in an effort to increase food production. However, many of these soils were later abandoned due to drainage problems and poor productivity compared to other types of soils. Today, around one-third of the area is still in agricultural production.

Cultivating peatlands may lead to leaching of phosphorus

Carbon dioxide is a known greenhouse gas which is constantly emitted from cultivated peatlands. International research also suggests fertilisers applied to these soils can result in increased nitrogen and phosphorus (P) leakages to surface waters. Therefore, there are other environmental concerns regarding cultivation of these organic soils that need to be examined.

– In Sweden, there has been practically no recent evaluation of the amount of phosphorus leaching from organic soils that are still in agricultural production. In my thesis, I wanted to investigate whether these soils pose an environmental threat, says Matthew Riddle. Matthew Riddle working with leachate collected from the lysimeters that were used in his experiments. Photo: Gertrud Nordlander. 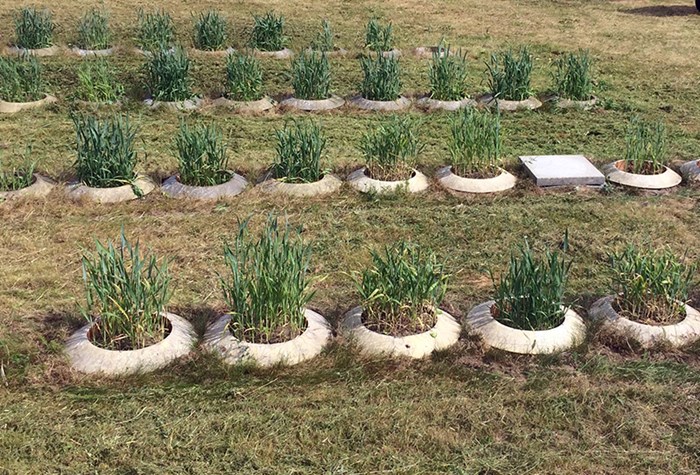 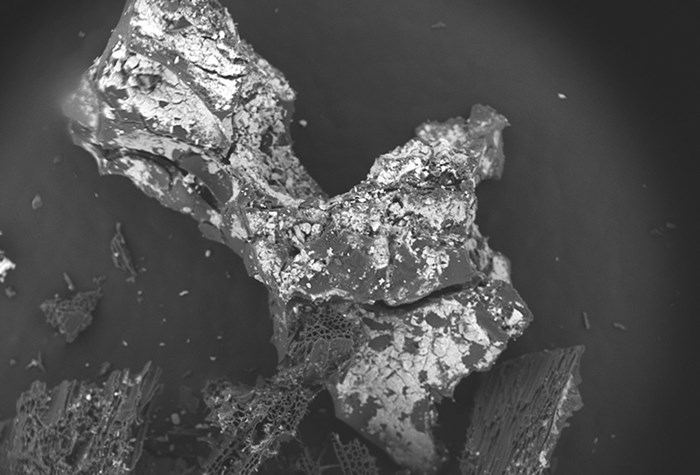 A scanning electron microscope image of iron-coated wood biochar that was evaluated in the lab and in field-lysimeters for phosphorus removal effectiveness and efficiency. Photo: Matthew Riddle.

Organic and mineral soils were compared

Matthew investigated two organic soils and two P-rich mineral soils with both laboratory and field-lysimeter methods. The main location of P release and the concentrations of P leached from the selected organic and mineral soils were identified using 20-cm soil columns. A follow-up study using 80-cm soil columns over a 17-month period revealed that P losses were highest from the organic soils, while in comparison the examined mineral sand soil, known for its high P leaching, had relatively low leaching losses.

– The results suggest that the organic soils have sufficiently high potential to release P at a concentration that poses a risk of polluting surface waters. Although only speculation at this stage, but some of the results suggested that the predicted increase in rainfall intensity and frequency typically associated with climate change in many locations may have the potential to further increase P losses from organic soils, says Matthew.

One strategy to mitigate P leaching is using biochar, an adsorptive material that is placed below the topsoil to catch the P before it is lost to the drainage system. In this thesis, a wood biochar coated with iron and another coated with magnesium were evaluated for their ability to remove P. The magnesium coated biochar was the most effective, with reductions of up to 74 % from one organic soil.

– For the wood biochar coated with iron, the efficiency of removing P was good in laboratory studies, but poor out in the field, says Matthew.

How should we handle the organic soils in the future?

What should we do with intensively managed organic soils in the future then? Returning them to their natural waterlogged condition by flooding them is one option. That would reduce carbon dioxide losses, but at the cost of a large flush of P and potential seasonal cycling of P losses if the water becomes aerobic and then anaerobic. Another option would be to constantly pump drainage water from these fields. This could reduce P losses but at the cost of increased carbon dioxide emissions. 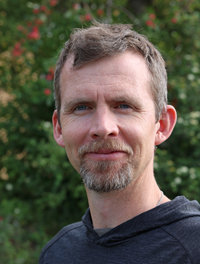