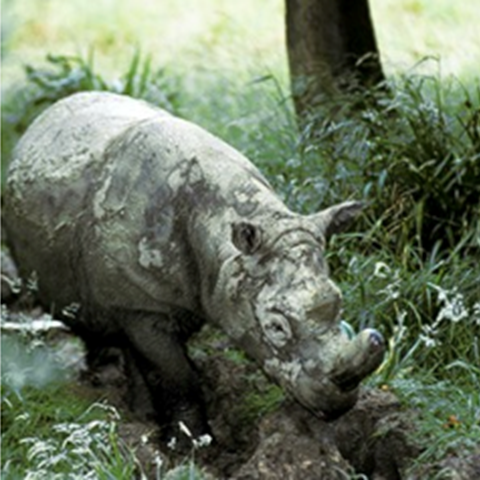 In November, a Sumatran rhino was rescued in Borneo, from a small area where it was most likely not to have survived due to deforestation or poaching. The Sumatran rhino is one of the world's most endangered animals, and every individual who can be safely brought to the reserve is a step in the way of preserving the species.

Dr Åsa Fahlman is a wildlife veterinarian and researcher at the Swedish Biodiversity Centre at the Swedish University of Agricultural Science. She is also a veterinary advisor for the World Wildlife Fund (WWF-Sweden), where program coordinator Olle Forshed recognised the need for veterinary expertise for the conservation of Sumatra rhino, which is a critically endangered species. On behalf of WWF-Sweden, Åsa has supported preparation and planning for capture and translocation of one of the last rhinos in the Indonesian part of Borneo.

Capture and translocation of a wild Sumatran rhino is an incredibly difficult task. It can also be a great risk for the animal. Both knowledge and equipment are important to have in place to minimize the risks for the animal. Åsa Fahlman has coordinated the international veterinary group, and together the global and local expertise provide health care to of one of the world's most endangered species.

The female Sumatran rhino captured in East Kalimantan in Borneo in November 2018 was named Pahu, after a river in the rainforest where she was found. The translocation was successful, and Pahu is now in a newly established sanctuary, which is a safer environment, away from the rapid exploitation of the rainforest that threatens the remaining few wild Sumatran rhinos.

Read the whole article and get more facts in the article in Swedish here.

Whatch a film about the capturing of Pahu (Indonesian WWF Instagram)

Read more about Åsa Fahlman´s work in the web magazine Biodiverse (in Swedish).