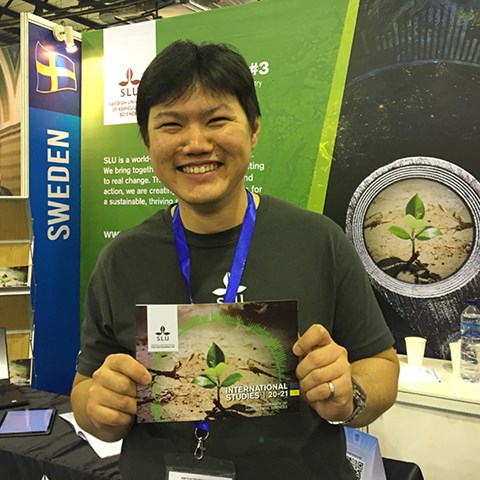 In October and November, SLU took part in the European Higher Education Fair (EHEF) in Indonesia, and the Study in Sweden days in Vietnam. These activities are part of SLU’s initiative of recruiting more international students to our courses and programmes.

Indonesia and Vietnam are two of the countries that SLU is focusing on before the academic year 2020. Focus countries are extra interesting to SLU since there is a potential great interest in education relating to SLU's subject fields. For example, Indonesia is experiencing steady economic growth, has a large population and the number of Indonesian students studying in Europe increases every year. For the third year in a row, SLU took part in the EHEF in Indonesia, and there was a clear interest in many of the issues SLU focuses on, especially issues concerning sustainable food production and issues that connect economic aspects with sustainable development.

Equally, development has sped up in Vietnam, and in a quarter of a century, the country has gone from being a poor agricultural nation to a low average income country where businesses and services are the main part of the economy. In parallel with this development, Vietnam has gone from a planned economy to a market economy, and poverty has decreased exponentially. However, the country still relies heavily on agriculture, and it represents about 20 per cent of the GDP and almost 50 per cent of the workforce. Vietnam's financial conditions thereby connect to many of SLU's subject fields. Because of this, SLU took part in the Study in Sweden days arranged by the Swedish Embassy in Vietnam.

In connection with the Study in Sweden days in Vietnam, the Swedish Embassy also hosted two alumni meetings – one in Hanoi and one in Ho Chi Minh City. We are proud to state that we have a strong alumni network in Vietnam, since most of the participants came from SLU. Many experiences were discussed during these events, and we look forward to seeing this network expanding with even more students for many years to come. 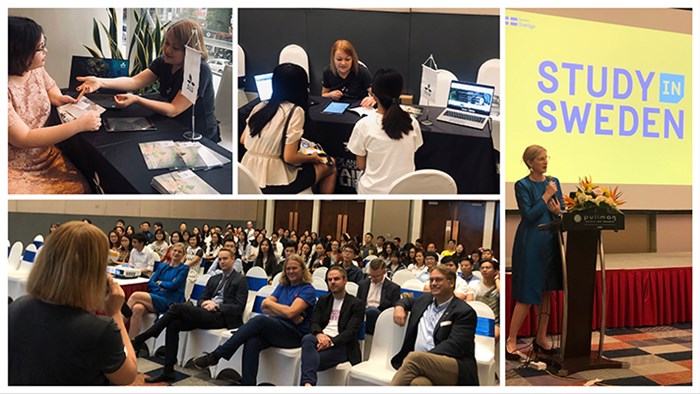