Dilemmas and robustness in focus in new European research agenda 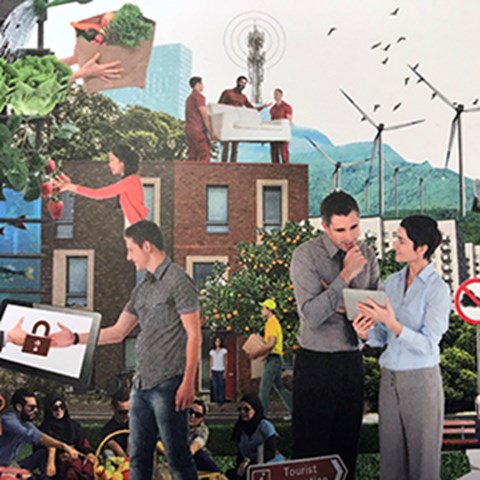 Image from the Strategic Research and Innovation Agenda (SRIA 2.0)

JPI Urban Europe launched a new Strategic Research and Innovation Agenda (SRIA 2.0) in conjuction with a meeting in Brussels on February 12, 2019. ‘Dilemmas’ and ‘robustness’ were two frequently used keywords during the launch. Four prioritized themes, which will guide future calls, are listed in the agenda.

The prioritized themes listed in the new agenda are: Digital Transitions in Urban Governance; From Urban Resilience to Robustness; Sustainable land-use and Urban Infrastructures; and Inclusive Public Spaces for Urban Livability.

Since 2012 JPI Urban Europe has funded more than 70 projects, with a total sum reaching 80 million EUR – increasingly supported by national funding. Joint calls are under development also with China, Australia, USA and other countries. A multi-annual call agenda has been developed to fund and manage the SRIA, and to determine what call to be launched when and with emphasis on what prioritized theme. This agenda also contains a matrix of indicative topics for multi-annual calls with a broad range of themes including urban-rural relations, design of public space, densification, digitalization, ecosystem and circular economy and many more.

Other interesting content in the SRIA is a ‘transition arena’ in which instruments and activities to implement the agenda are outlined. These instruments include joint funding and communication but also strategic synthesis as well as monitoring and evaluation.

JPI Urban Europe is also linked to the Urban Europe Research Alliance (UERA), connecting research institutions across Europe. UERA is a member network that the Swedish University of Agricultural Science (SLU) is part of it since the very beginning in 2013. The network is structured in thematic groups that organises seminars, workshops, PhD courses etc. During 2019 the following thematic groups will be active; Economy and welfare; Urban Environmental Sustainability and Resilience with a subgroup on Smart Cities; Accessibility and Connectivity; and Urban Governance and Participation. As a member SLU has the opportunity to both participate and suggest activities.