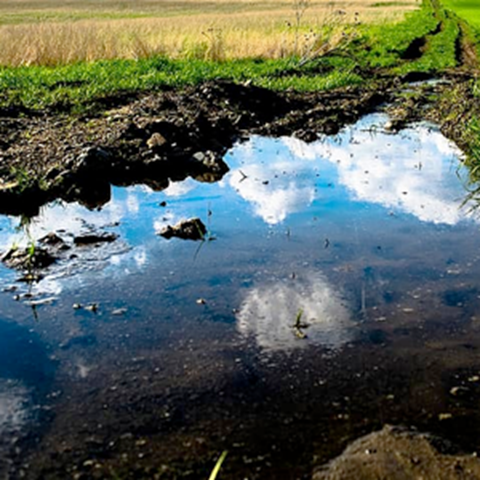 A scientific article from SLU on how a climate phenomenon can be used to assess nutrient leakage from arable land to water has won the award for best article 2019-2020. The prize is awarded by the scientific journal Journal of Environmental Quality.

The article is awarded the JEQ Best Paper Award for having advanced the knowledge in environmental science, the originality of the work and the effectiveness of communication. In addition, the article's impact as measured by number of citations and downloads was also a factor.

Behind the article are the researchers Barbro Ulén, Elisabet Lewan, Katarina Kyllmar, Maria Blomberg and Stefan Andersson from the Department of Soil and Environment at SLU.

– We are really happy to receive this award! We are very satisfied with this work ourselves which demonstrates how much we depend on the climate, says Barbro Ulén.

– In the article we demonstrate how the intensity of the North Atlantic oscillation, expressed as an index, decide nutrient leaching from arable land to water and also the effect of mitigation measures, says Barbro.

– A prerequisite for our work has been the long time series of data provided by the environmental monitoring programmes in small agricultural catchments and on individual agricultural fields. The surveys provide a basis for finding the connections between climate, soil properties, cultivation and nutrient losses, says Katarina Kyllmar.

Barbro.Ulen@slu.se (for questions about the article)

Katarina.Kyllmar@slu.se, 018-67 25 97
(for questions about the environmental monitoring programmes)