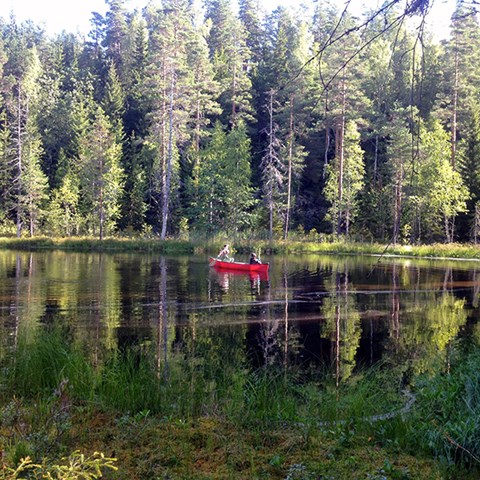 A new database, describing genomes from over 52 000 different bacteria and archaea, of which over 12 500 are previously unknown, is released in Nature Biotechnology. The database is built on sequenced material from 10 450 environmental samples from all over the world, from the human body to the outdoor air and the depths of the ocean, and is expected to become a very valuable scientific resource. The database shows in what habitat and in what abundance almost any bacterial species is present, and how its genome look and function.

More than two hundred researchers from all over the world have contributed with materials and analyses to the study, which was written at the DOE Joint Genome Institute i Berkeley, USA. The Swedish contributions come from Stefan Bertilsson and Sari Peura (SLU), Mark Dopson (Linnaeus University), Sarahi L Garcia (Stockholm University), and Sara Sjöling (Södertörn University).

The various ecosystems of the Earth fulfill many crucial functions – clean air, clean water, fertilize soils etc – called ecosystem services. Nothing of this would occur without microorganisms, and the better we know them and their world, the better we understand the conditions of our own existence. If we want to know how our actions affect microorganisms, it is essential to know where they are, how many they are, and their function in the ecosystem. An efficient way to find that out, is to sequence their genomes.

During the last 15 years, the concept of sequencing a species entire genome has gone from a difficult and resource intense endeavor to almost a triviality. Today, we have access to genome information from half a million species. The difficulties no longer lie in the analysis of the sequence, but in obtaining enough biomass. This is a trifling matter if the species is a tree or a mammal, or a bacterial species that cab be cultivated in a laboratory. Even if it is not possible to cultivate, it may be possible to isolate single bacterial cells from the environment and amplify and sequence whole genomes from these. When even the existence of the species is unknown, it is possible to employ metagenomics. In this discipline, we sequence short pieces of all DNA in an environmental sample, such as sea water, soil, or the inside of a cow intestine. The sequences are fit together in something akin to a huge puzzle, and compared to all other already known genomes. This work demands large technological resources but is feasible today, and was recently undertaken on a gigantic scale by a large consortium of researchers from all over the world. Two of them are Professor Stefan Bertilsson and Docent Sari Peura at the Swedish University of Agricultural Sciences.

"The really cool thing about this study is the scope, in size and in variety of analyzed habitats", says Sari.

The researchers’ joint effort has pooled samples from 10 450 environments containing microorganisms. Over 3 000 are from various water bodies, over 3 000 from the human body, almost 2 000 from soils, and so forth. After sequencing and comparisons to already known sequences, this resulted in a catalogue describing the genomes of 52 515 bacteria and archaea, of which 12 556 are previously unknown. The genomes might not be described to completion, but this is still a huge resource that is now usable by the research community – the catalogue has increased the known diversity of bacteria and archaea by 44 per cent in a single strike.

The study has been lauded for its including approach – in a world of separate research groups competing to present new findings, this is an example of researchers from all over the world coming together across borders. The result is of a size that no individual scientist or singular university could possibly produce on its own, according to Stefan Bertilsson.

"There are so many applications for this database", says Stefan. "Anyone can now readily map where in the world different microorganisms may be found, how abundant they are, and much more. Also, many tools to mine the catalogue have been developed, such as analyzing microbial production of secondary metabolites, their metabolic activity, predicted interactions with known viruses, and much else. This is a great example of how large and instantly usable projects we may see through when we work together".

Stefan Bertilsson, Professor at the Department of Aquatic Sciences and Assessment; Section for Ecology and Biodiversity, Swedish University of Agricultural Sciences. stefan.bertilsson@slu.se