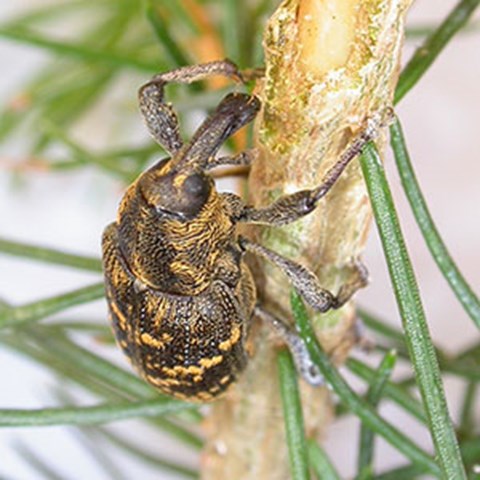 Treatment of Norway spruce seedlings with the plant hormone methyl jasmonate (MJ), can effectively reduce insect damage— and this protection can last over a year, according to a recent study from the Swedish University of Agriculture Sciences. The treatment can be conducted in line with current nursery practices and is a sustainable approach to protect forest regeneration, rather than using insecticides.

The pine weevil is the major insect pest during forest regeneration in Europe, causing large economic losses annually by killing seedlings with their feeding. Researchers at the Swedish University of Agricultural Sciences are trying to find new sustainable methods to protect the seedlings.

The plant hormone MJ is one promising option. It is produced by plants after insect damage and triggers a plant response called “induced defence”. Previous studies have found that spraying conifer seedlings with MJ can increase resin production, among other things, and reduce damage caused by pine weevils. In most cases, seedlings are treated with MJ a few weeks before they are planted and exposed to insects, while few studies (such as this one) have tried to spray MJ months before insect exposure.

“The experiment began as a lucky coincidence. A colleague had some Norway spruce seedlings left over from an experiment, where the seedlings had been sprayed with MJ a year before,” says Yayuan Chen, first author and PhD student from the Forest entomology unit.

The researchers decided to conduct an experiment to test the duration of MJ-induced defence, and if additional MJ treatment could strengthen these effects.

“Our results showed that treatment conducted a year before planting, right before winter storage, can be effective for at least two growing seasons and the protective effect is similar to that of a currently used physical protection barrier against the pine weevil”, says Yayuan Chen.

Spraying can thus, be easily incorporated into the nursery plant production routine. More specifically, MJ spraying can occur before seedlings are packaged for winter storage. Additional MJ treatment before planting did not improve the protection to a distinct extent and is therefore not necessary.

“We hope that this opens up possibilities to develop the use of nursery-friendly and sustainable seedling protection solutions”, says Yayuan Chen. 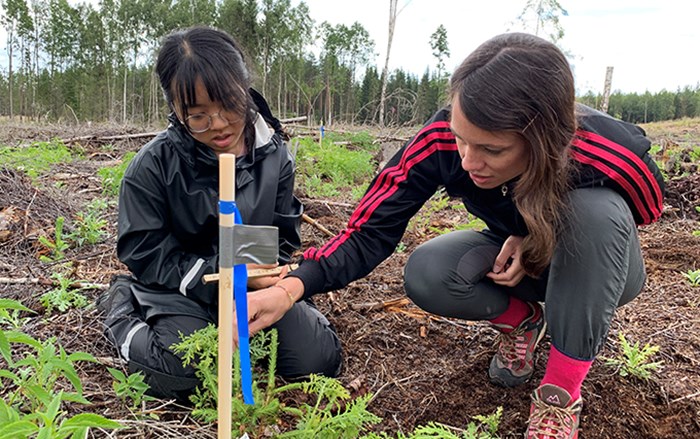