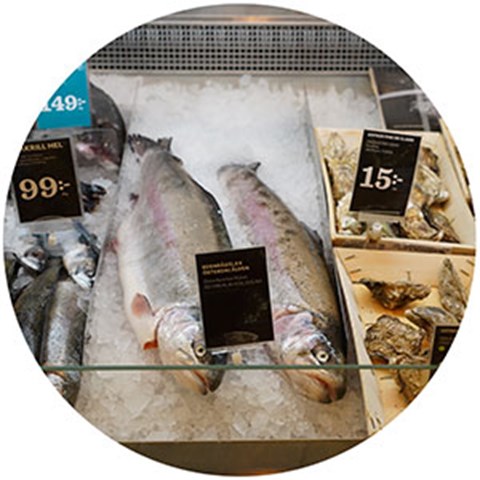 The rainbow trout has eaten a Swedish circular fish feed, mainly produced from insects, which in turn have eaten vegetable waste and bread leftovers. Photo: Axfoundation

An innovation from Axfoundation and the Swedish University of Agricultural Sciences (SLU) has resulted in Sweden's first green rainbow trout now available for consumers. Instead of soy and wild-caught fish from all corners of the globe, the rainbow trout have been fed a Swedish circular feed of mainly insects, which in turn have eaten food waste. Axfood, Sorundahallarna, Urban Deli and Älvdalslax have also participated in the project. The rainbow trout is available from week 45 in selected Hemköp stores and at some restaurants in Stockholm.