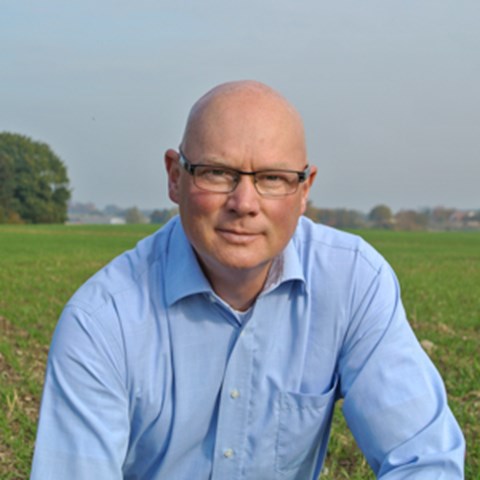 Structure liming is a method to stabilise clay aggregates and thereby reduce the risk of phosphorus losses. In his new doctoral thesis, Jens Blomquist has evaluated the efficiency of this practice. Structure liming had the best effect on soils with a high clay and soil organic matter content and a low initial pH.

Phosphorus losses from Swedish agricultural land can contribute to eutrophication in many surface waters in Sweden and in the Baltic Sea. Therefore, mitigating measures are needed. Losses of phosphorus from clay soils are dominated by so-called particulate phosphorus, i.e. phosphorus associated to clay particles. To counteract losses of particulate phosphorus, structural lime is spread - mixtures of 80–85% limestone flour and 15–20% slaked lime on clay soils.

– When clay and the calcium ions in structure lime react, different processes take place, resulting in aggregate stabilisation. Stabilised clay aggregates do not break down when exposed to e.g. rain, and are less prone to lose associated particulate phosphorus. In the period 2010-2021 approximately 65,000 hectares of Swedish clay soils were structure-limed, says Jens Blomquist.

Jens has evaluated the effect of structure lime, primarily on aggregate stability in his doctoral thesis. In addition, he has investigated crop response and important agronomic features, such as soil tilth and draught requirement (mechanical tillage resistance).

– Soil aggregates with a diameter of 2-5 mm were sampled 1-2.5 years after structure lime application and subjected to rainfall events in a rain simulator, says Jens. 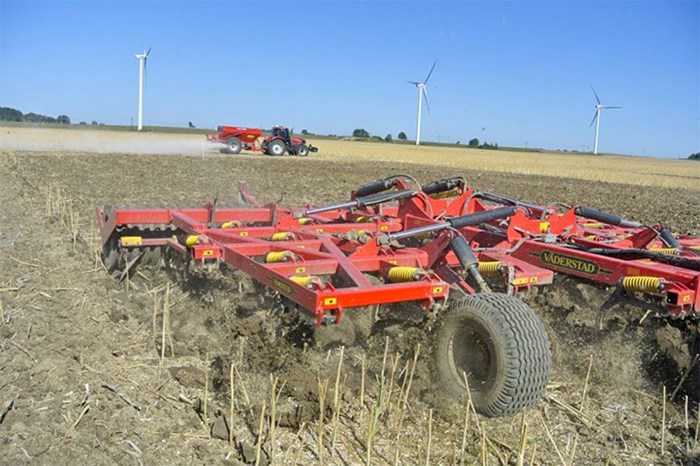 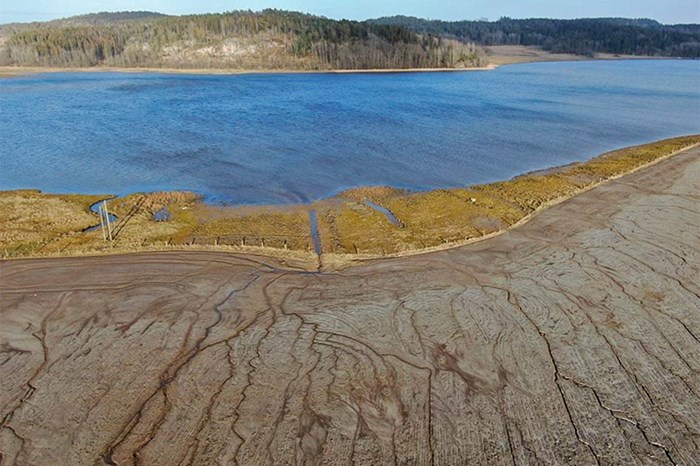 Losses of phosphorus from soil to water are episodic. At catchment scale, 90% of phosphorus losses can originate from 10% of the area and occur during only 1% of the time. Photo: Jens Blomquist. 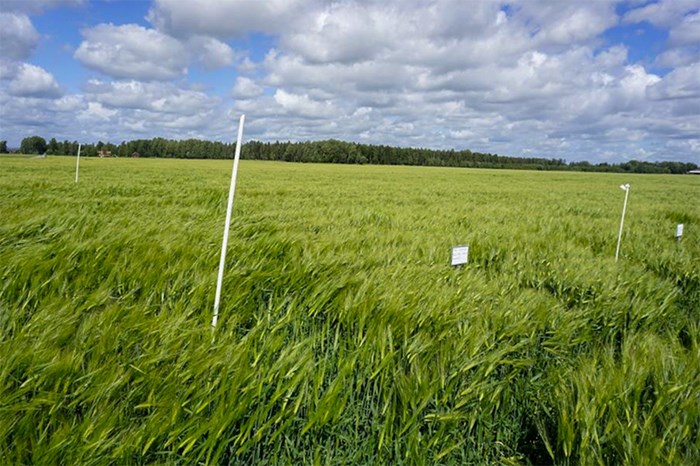 View of a field trial at Nybble with spring barley in July 2019. Photo: Jens Blomquist.

Cloudiness as a measure of stability

– Aggregate stability increased by 15-35% with a standard application rate of eight tons per hectare of structure lime, so on average for all clay soils, structure liming proved to be an effective measure for reducing the risk of PP losses. However, different soils reacted differently to structure lime. Structure lime proved more effective in stabilising aggregates in soils with high clay and organic matter content, low initial pH and a low proportion of swelling clay minerals. Follow-up studies six years after structure liming showed declining effects on aggregate stability, leading to a tentative recommendation that clay soils with pH below 7 and a clay content above 25% should be given priority, says Jens.

The timing is important for the result

Structure liming gave better aggregate stability when performed in August, compared with September, as the soil had a higher proportion of small aggregates in August, permitting closer contact between soil and lime. This means that management of structure liming (timing and incorporation) is of great importance for the outcome.

Application of structure lime needed a fine tilth to get a good outcome in terms of aggregate stability, but also improved the tilth, measured as a higher proportion of small aggregates and a lower proportion of coarse aggregates. In addition, structure lime reduced the draught requirement by 7% for a tractor pulling a cultivator with four meters working width through clay soil at 12 cm working depth.

Crop response to structure lime was inconsistent, resulting in both increases and decreases in spring barley yields of 10%. Decreased availability of micronutrients due to lime-induced increases in pH can possibly explain the yield decreases, while the yield increases can be attributed to a finer tilth as an effect of structure liming.

– The increased yield can also be attributed to many other effects of liming on soil, such as changes in pH, nutrient availability and water-holding properties, concludes Jens.

Jens Blomquist will defend his thesis on the 10th of December 9 am.