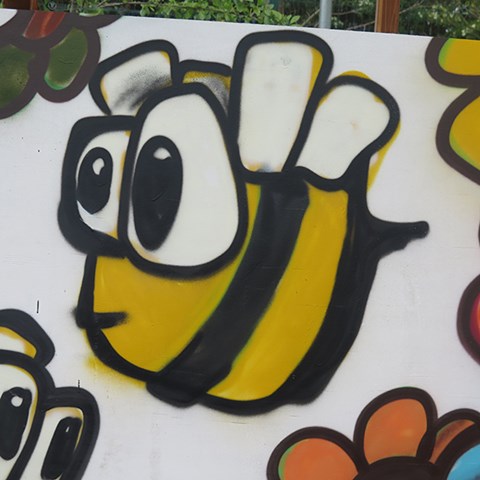 Conservation activities have the potential to empower young people to directly address environmental issues, and to develop a strong connection to a local place, according to Andrew Ruck, researcher at SLU. He studied the British initiative Polli:Nation where school children created pollinator-friendly habitats in their school grounds. Success factors were a relaxed atmosphere, freedom to discover and visits by experts from outside of schools.

Polli:Nation engaged young people aged between 9 and 13 from over 250 schools across the United Kingdom. Conservation activities were different in every school, but commonly included planting pollinator-friendly flowers, planting fruit trees, installing ponds, building and filling “planting boxes” made from various materials, and creating “insect hotels”.

He is now employed as a postdoc at SLU, but carried out the research on Polli.Nation as a PhD student at the University of Stirling in Scotland. This research has now led to two papers published in the journal Environmental Education Research.  One is based on the authors’ own observations when participating alongside young people in Polli:Nation activities, while the other draws upon focus groups with young people themselves.

A way to address loss of biodiversity

In the papers, the authors argue that projects such as Polli:Nation are an important response to the accelerating global loss of biodiversity. This was recently highlighted by the International Union for the Conservation of Nature (IUCN) , who in October 2019 warned of “unprecedented, unsustainable and growing impacts on wild species from human activities”, and called upon people across the world to “act now to ensure we pass on a rich natural heritage to future generations”. Polli:Nation represented a response to a particular species decline – namely, the decline in pollinator populations due to factors such as habitat loss and pesticide use. School grounds provide considerable space for conservation actions to be taken.

From an environmental education perspective, conservation activities have considerable potential. These activities directly engage young people in a given environmental issue, and enable them to engage repeatedly and in a hands-on manner with a local space. Earlier research in this area has linked the development of pro-environmental attitudes with connection to a place.

Andrew Ruck and his colleagues concluded that:

“The key conclusion from the study is that there is great potential for conservation activities to take place in school grounds, and to form part of school curricula. Wherever possible, however, such projects should try to develop partnerships with people and organisations from the wider community, and retain the ‘relaxed atmosphere’ discussed above”, says Andrew Ruck.

At SLU he is involved in the SHOWCASE project, which focuses on citizen science approaches to monitoring farmland biodiversity, and on participatory research where farmers and researchers co-develop actions to promote biodiversity on farmland.