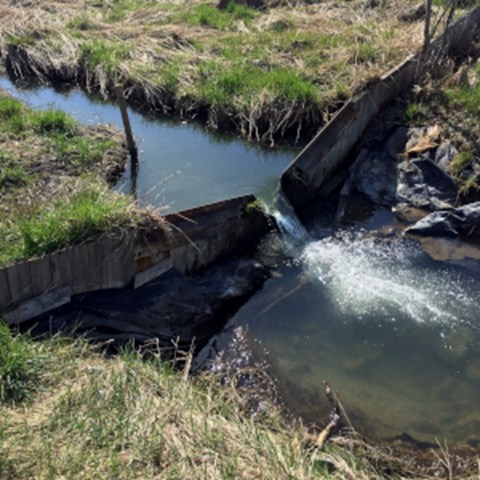 Stream at Sundbromark outside Uppsala. According to the new study, the differences in carbon dioxide emissions between night and day are large for this stream type, partly due to the lack of shading vegetation in the riparian zone. Photo: Marcus Wallin.

Streams and rivers emit large amounts of carbon dioxide into the atmosphere, but a new study published in Nature Geoscience shows that the flux may be greater than previously thought.

Current estimates of carbon dioxide emissions from running water are based on manual samples, most commonly collected during the daytime, and it has been assumed that the concentrations are stable over time. In the last decade, there has been a revolution in sensor technology and it is now possible to measure different water parameters continuously in the water, which means that carbon dioxide flows could be assessed at all hours of the day.

In a new study an international research team has showed that carbon dioxide emissions during the night are greater than during the day. The study is based on measurements around the world, from tropical forests to Arctic tundra and in many different types of rivers and streams.

The results are of great importance for our understanding of the role of rivers and streams in the global carbon cycle, as previous estimates, based on manual samples during the day, underestimated the actual flux.

Read more in a press release from Umeå University: Streams and rivers emit more carbon dioxide at night than day.

The data used in the study includes data from agricultural streams around Uppsala and from the Krycklan Catchment outside Umeå.