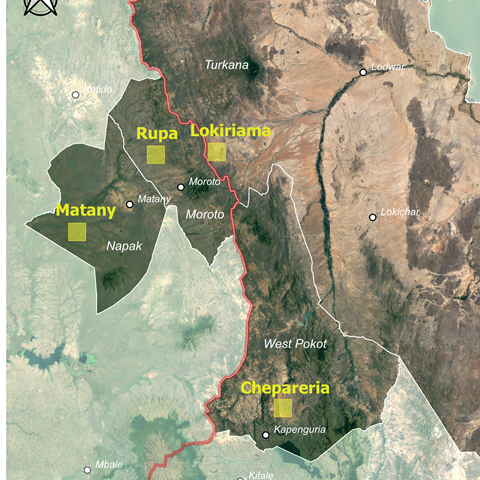 Transformation towards the sustainable development goals in dry rangelands requires strong engagement with local stakeholders in transdisciplinary research. Here you can follow the team from one SLU-led research project in Kenya and Uganda on the initial reconnaissance trip earlier this year.

Aim of the reconnaissance trip

The main reason for the reconnaissance trip was to introduce the project to the local authorities and community elders in four districts/counties in the border areas of Kenya and Uganda. In collaboration with the local officials and community leaders, the four project sites were identified (see the map), discussed and agreed upon. The first activity will be a field survey of land and ecosystem health.

Livestock Cafés will be the grounds for knowledge exchange and innovation

Within each of the four field sites, which are 10 x 10 km in size, there will be around 4 ha of land appointed for a Livestock Café, where demonstration plots of mixtures of fodder species, enclosures and other land management and restoration practices will be established and co-developed with the local communities. As the name suggests, Livestock Cafés will be places to meet, drink milk tea, and share and discuss local and scientific knowledge. Livestock Café are planned to be located in strategic places easily accessible to the local people for learning purposes.

In the Karamoja region, the cross-boundary area between Kenya, Uganda, South Sudan and Ethiopia, it is common that livestock keepers cross the national borders in search of water or pasture. Drylands Transform sites are located along the border between Kenya and Uganda, where there is a clear gradient in aridity, from less dry in the West to more dry in the East and less dry in the South to more dry in the North, making the North-eastern site to be the driest of them all.

The reconnaissance trip started in Chepareria, West Pokot County Kenya, where a project team from Kenya and Uganda met and presented the project to local authorities. In Chepareria there are widespread practices of live fencing (using e.g., sisal, trees and shrubs) of individual grazing land, which could be an example of land management and restoration practices to show in exchange visits between the areas.

Next stop was across the border in Matany, Napak district Uganda, where the local officers were happy to host the project and suggested that the project should display water harvesting techniques since livestock keepers in this area had to walk more than 20 km to access water.

Further north in Uganda, the group visited the third site in Rupa, Moroto district. There, a common practice a common practice is to burn grazing areas during the dry season to get fresh grass faster and reduce livestock pathogens. Located nearby was the Kobebe Valley Dam managed by a Ugandan military detachment. The dam has eight troughs for watering animals (four each for pastoralists from the two countries) and it is normally used during the dry season when animals have no other water sources.

Pastoralists from Lokiriama in Turkana County Kenya, the most northeastern site, utilise this dam. The governor of Turkana was much interested in the cross-border project and wanted to officially launch the local project site. He felt that this project could improve the livelihoods of the people and therefore wanted the county government to feel ownership of the project. Inception meetings/launches are planned in the four counties and local sites in order to bring on board the county and local authorities and the local communities. 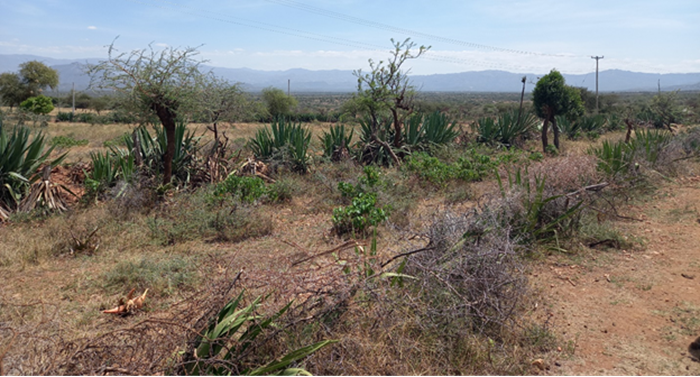 In one of the sites, Chepareria, live fencing (Sisal, trees and shrubs) of individual grazing land is a widespread practice and a visible land management approach within the settlement areas.

Drylands Transform is a 4-year research project funded by Formas that started up during the Covid-19 pandemic in October 2020. It includes an interdisciplinary research team representing SLU and seven other universities and international organisations from Sweden, Kenya and Uganda. Due to the lockdown and travel restrictions the fieldwork has been delayed, but was finally able to start on 10th of May.

Principal investigator of the project and country leaders