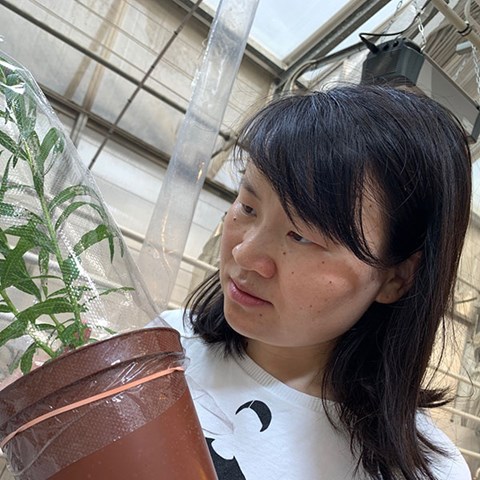 Some insects eat both plants and other insects (omnivores). In the future they may play an important role in plant protection by eating insect pests in our crops. The problem is that they also feed on the crop itself. But maybe the pros can outweigh the cons? Omnivores that feed on the plants can trigger the plant's defenses and attract more natural enemies. No study has so far weighed together all these effects, but now SLU is is exploring this field in experiments with rapeseed and willow.

“The greatest challenge is to select the right omnivores. We need to find native species with high predation rate, and low plant damage. So the benefits they provide is higher than the negative effects”, says Xiaoning (Nina) Zhang, postdoctor at SLU.

Increased trade and a changing climate mean that the threat with regard to damage to plants is constantly changing. Traditional methods need to be renewed and developed. When it comes to protection against harmful insects, there has been an increasing focus on using natural enemies, for  example, lady beetles can be used for controling aphids. This avoids many of the disadvantages of chemical control.

The role of omnivores

A challenge when using natural enemies is that they often have difficulty maintaining sufficiently high levels when the numbers of prey (= pest) is low. There is simply not enough food.

This is where the omnivores come in. Many insects eat both plants and other insects. The most studied are true bugs/plant bugs belonging to Miridae and Anthocoridae that are common in many different environments. Omnivores are able to survive in relatively high numbers even when the prey is unusual by feeding on plant material. One risk with omnivores is that their herbivory can damage the plant's growth or appearance. It is still unclear if it is a big problem. Some studies show that this is the case, but there are also studies that show little or no effect of omnivorous feeding on the plant.

The feeding of omnivores on plants can also have other effects - those that can actually contribute to a strengthening of plant protection.

Responses are induced in the plant which make the plant a poorer food for harmful herbivores and attract other and more natural enemies. Omnivores can thus contribute to improved plant protection in several ways. To date, there are no studies that take into account the sum of all these aspects, states a group of researchers at SLU in a recently published review article in Current Opinion in Insect Science.

Now the researchers will conduct research that increases our knowledge in this area under the guidance of post doc Xiaoning (Nina) Zhang in collaboration with researchers at Wageningen University in the Netherlands.

Omnivores have been used mainly in greenhouse crops (e.g., tomato, sweet pepper). In open field systems, their role in pest control is only known in few systems e.g, citrus—predatory mites. In forest system, Salix system is the only one – a system that the entomology unit know well after 20 years of research.

Omnivores are common, and have strong potential to be used in pest management in many systems.

“They can be released or increased, depending the system. Of course, we don’t want to release species that are not around in nature. We can release suitable candidates in the crop. Many species are already commercially available and in the future there might be many more, and combine with different management strategies, like flower strips, that can help to maintain the omnivore population”, says Nina Zhang. 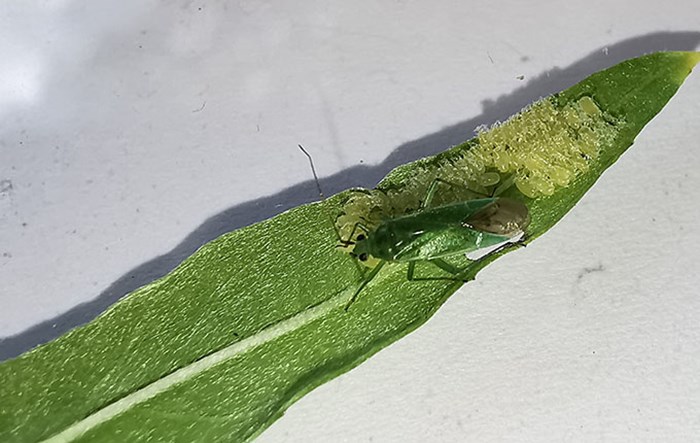