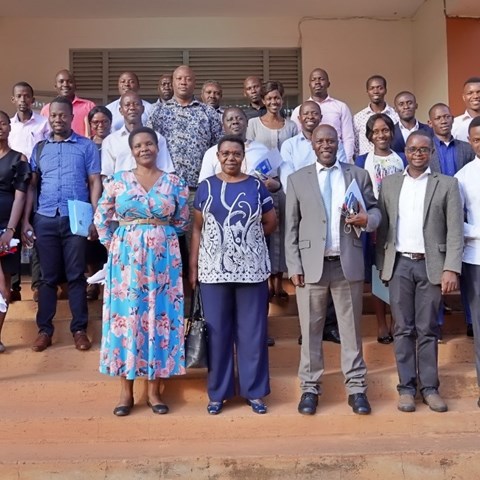 Some of the participants pose for a photo after a public lecture. Photo: James Tembo

Addressing the uptake of research findings into policymaking is increasingly becoming important for researchers who ultimately seek to contribute to improved health outcomes, development and industrialisation of the economy.

While universities engage in impactful research, the major challenge has been how to translate research findings into policy and practice. To this end, researchers and politicians on September 27, 2022 gathered at Kyambogo University for a public lecture to discuss how to best translate science into policy and practice. The public lecture, which used a hybrid attendance format was hosted by the Vice Chancellor of Kyambogo University Prof. Eli Katunguka. 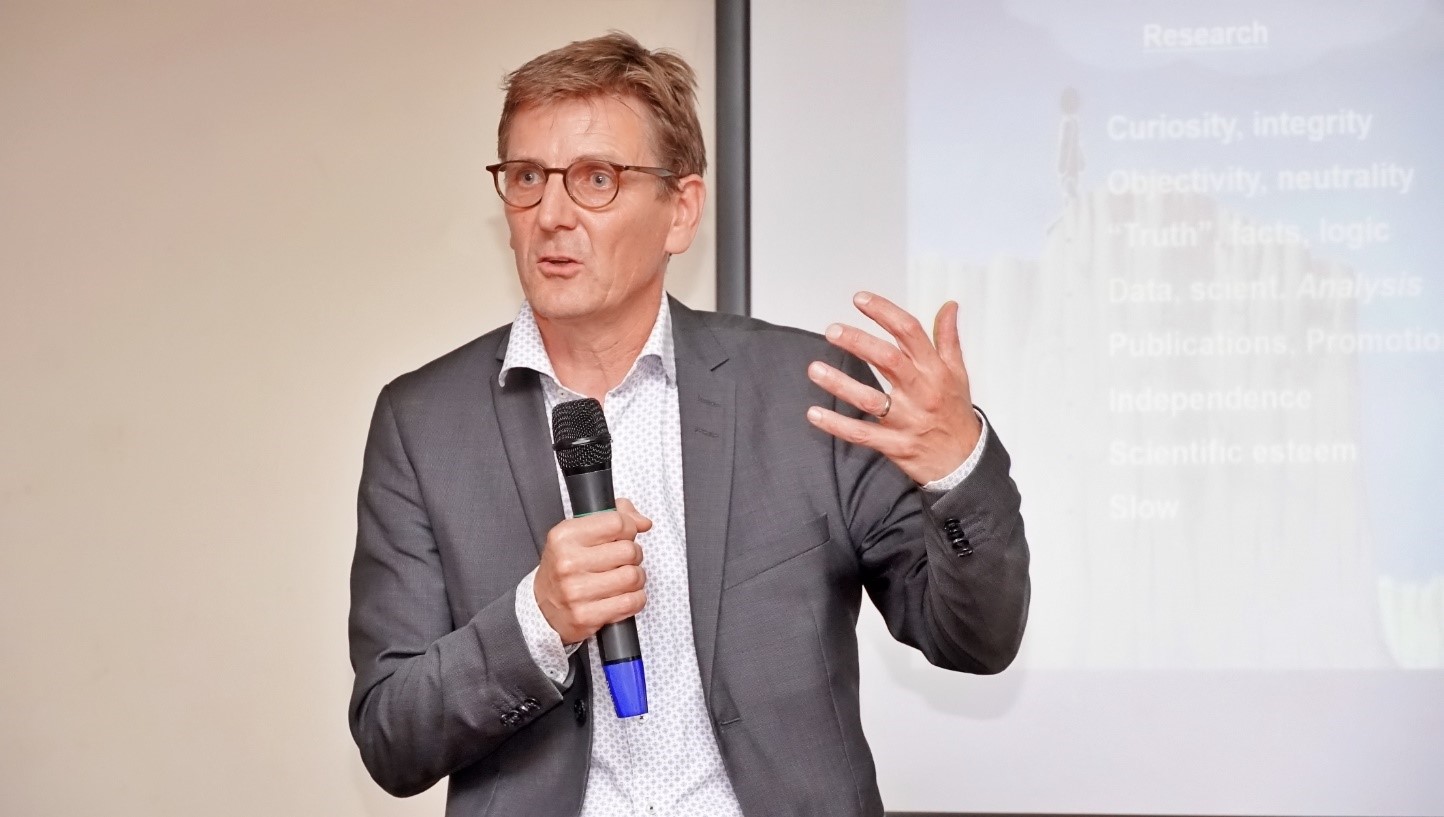 The keynote address was given by Dr. Daniel Slunge from the University of Gothenburg, Sweden. Dr. Daniel engaged participants in appreciating the role of translating science into policy and practice if they are to influence decision making in the country.

Researchers, he advised, have got to bridge the gap between research and policy by doing good research, analysing the context of the research, developing a strategy for interaction and impact, developing networks and being persistent and opportunistic.

Academic institutions on their part have got to develop skills and capacity for stakeholder and policy engagements, build strong networks with the public, private sectors and civil society as well as revise the incentive structure within academic institutions.

Speaking as a former legislator in the Uganda Parliament and also a social and gender activist, Hon. Miria Matembe, weighed in on what out to be the relationship between research and policy.

She advised researchers to deliver research findings and conclusions in a palatable form and avoid unsolicited opinions. The presentation of the policy documents ought to be brief and to the point as legislators might not have time to read lengthy documents.

Establishing partnerships and synergies with think tanks such as ACODE, African Leadership Institute, Great Lakes Institute for Strategic Studies will help reach out to policy makers and prompt then to make evidence-based policy.

Hon. Matembe concluded by saying that Uganda particurlarly needs policy-minded researchers and research-minded policy makers, if it is to benefit from the wealth of knowledge generated by universities.

Prof. Katunguka appreciated the participants and pledged that the university would continue to hold similar dialogues with policy makers such as members of parliament and technocrats.

The AgriFoSe2030 programme targets the UN Sustainable Development Goal 2 - "End hunger, achieve food security and improved nutrition and promote sustainable agriculture" in low-income countries. We synthesise and translate existing science into policy and practice, and develop capacity to achieve this.