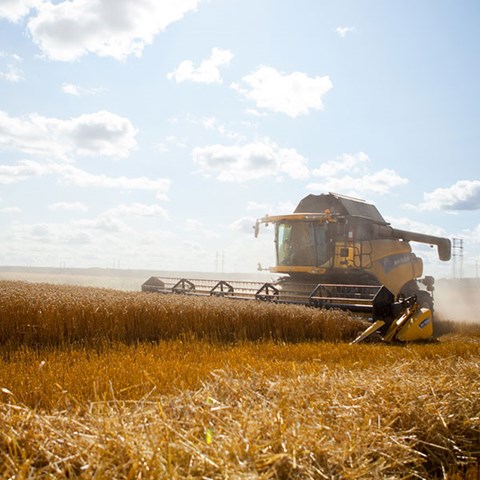 The war in Ukraine is having an extreme impact on the people of the country. In addition to the enormous suffering and the great need for humanitarian aid, the war has other consequences. One of them is the negative impact on the global food supply.

The war is causing problems in maintaining crop production in Ukraine, but also a significant reduction in exports of previously harvested grain and other food commodities from both Ukraine and Russia. Exports of inputs, such as mineral fertilisers, and energy from Russia have also fallen sharply. This is leading to reduced availability of food and inputs, which in turn is leading to higher food prices globally.

Even before the outbreak of the war, hunger and extreme poverty in the world were increasing due to conflict, climate change and the Covid-19 pandemic. These factors, together with deteriorating harvests in South America and strong global demand, among others, pushed up food prices significantly. In February 2022, before the invasion of Ukraine, the FAO price index was 20% higher than the same period the previous year, and during the war it has reached its highest level ever.

For many African countries, the rising food prices lead to significant consequences. For countries such as Egypt, Sudan and Somalia, where wheat is an important staple food and where at the same time a large part of consumption normally comes from imports from Russia and Ukraine in particular, the risk of reduced food availability is clear. But the reduction in the availability of food and mineral fertilisers on the international market and the increase in energy prices are also helping to push up food prices in general, which means that other countries could also be hit hard. In times of food insecurity, individual countries may impose export restrictions to ensure domestic food security. This further increases the risk of constraints in global food supply, which in turn leads to even higher prices.

An important aspect is that even small price increases hit poor households hard in countries with relatively high food prices. In the EU, citizens spend on average about 13% of their disposable income on food purchases, while in Egypt and Nigeria, for example, people spend 45-55% of their disposable income on food. An increase in food prices can significantly reduce the purchasing power of poor households.

The impact of the war, together with other conditions, highlights the need for more robust food systems with a greater diversity of actors, inputs and markets, where both domestic production and international trade are necessary. In the short term, the challenge of finding new suppliers of both food and inputs is being faced, which is why FAO is encouraging countries to keep trade routes open and avoid export restrictions.

At the same time, the crisis opens up new ways of thinking, and the choices made to increase food security in the short term can also contribute to long-term sustainable development. There is a lot of research going on, including at SLU, that can contribute innovative solutions to food security. Some examples of knowledge from such research that can contribute to strengthening local food production, and thus reducing dependence on imports, are to:

It is clear that the war in Ukraine is exacerbating an already serious global food security situation, where many countries, not least on the African continent, are particularly vulnerable. However, there is a lot of knowledge and evidence-based solutions that can help address the acute crisis, including by promoting local food production, while contributing to longer-term sustainability.

For more on these issues, please watch the recording of the event The global food crisis - a threat or opportunity for young smallholder farmers and agripreneurs? held by AgriFoSe2030, SIANI and Sida on 1 June 2022. The event is available here.