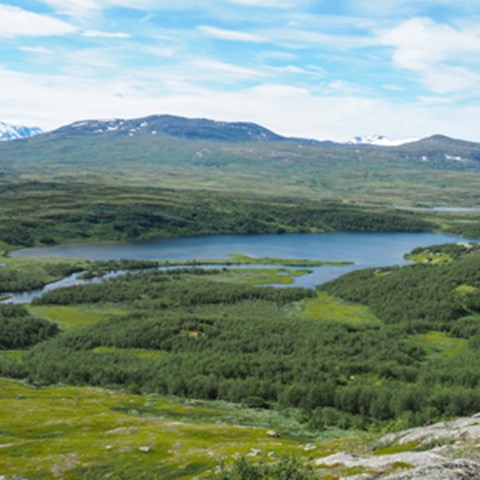 Global warming is changing subarctic and arctic ecosystems with profound consequences for life in the north. Interactions between plants and soil microbial communities are key for the stability of different vegetation types in the subarctic and are vital to soil organic matter quality and storage in the soil. This is shown in a new study from SLU and Umeå University.

This was recently investigated in a study led by scientists at the Department of Forest Mycology and Plant Pathology. Researchers from SLU and Umeå University used a stable mosaic of grassland, forest and heath vegetation in subarctic-alpine sites in Badjelánnda National Park in northern Sweden.

– Grasslands in the area are the result of previous intensive reindeer husbandry, which promoted grass-dominated vegetation and nutrient accumulation. Despite abandonment a century ago, these grasslands remain rather stable, says Karina Clemmensen, one of the authors behind the study.

– Surrounding these grasslands, the landscape is dominated by tundra heath, low shrubs or open mountain birch forest, and we could use this landscape mosaic to disentangle the biological mechanisms that stabilize contrasting vegetation types, without variation in soil or climatic conditions, says Karina. 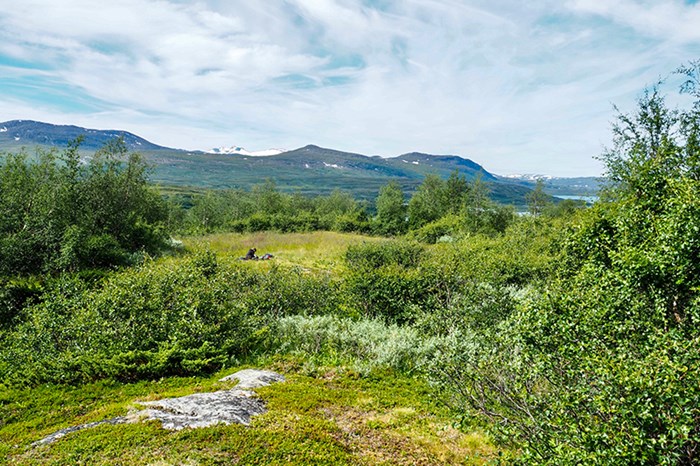 Grassland being colonized by birch trees from the edges. It is important to understand future vegetation dynamics in arctic ecosystems as forest soils contained less carbon than heath and grassland soils. Photo: Karina Clemmensen. 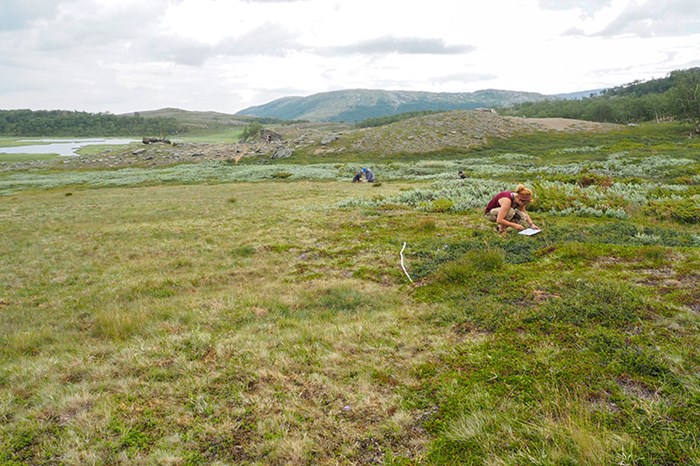 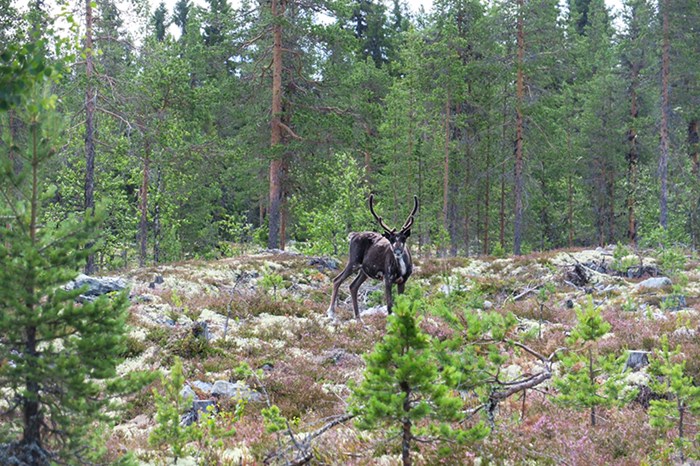 Reindeer and caribou are the main regulators of vegetation and could therefore prevent trees to expand their distribution northwards in a changing climate. This will be investigated in a new project at SLU, Umeå University and LUKE in Finland. Photo: Carles Castaño.

Ascomycetes associated with the roots of dwarf shrubs dominated heath soils, while ectomycorrhizal fungi progressively dominated soils where forest trees had colonized. In grasslands, there were higher abundances of fungal saprotrophs, but also bacteria and archaea maintaining inorganic nitrogen cycling and retention.

– Contrasting microbial communities may thus be responsible for the high stability of the grasslands, heaths and forests in this landscape, says Carles.

Interactions with consequences for soil dynamics

– Ectomycorrhizal fungi in forests and saprotrophic fungi in grasslands were expected to decompose organic matter efficiently, and we therefore hypothesized that forests and grasslands would store less soil organic matter than heaths. Our findings were almost as expected, except that some of these alpine grasslands had as much soil carbon as heaths, says Carles.

– It is possible that the organic matter that accumulated over time in these grasslands is chemically or physically stabilized, or there is a lack of certain decomposers found in less harsh environments. However, these hypotheses remain to be tested, says Karina.

The study also proves how important is to understand future vegetation dynamics in arctic ecosystems, since forest soils contained half the carbon compared to heath soils.

Now, the authors of the study aim to upscale these findings by looking into the soil characteristics and microorganisms outside and inside reindeer enclosures, where changes in vegetation have already been observed. How is reindeer related to plant and soil dynamics?

– Understanding of many arctic and subarctic landscapes is not possible without the reindeer or caribou in the story. These herbivores are a main regulator of vegetation and could potentially prevent northward tree expansion in a warming climate, says Carles.

In this new 4-year project, funded by Formas, soil samples from around the arctic, spanning from Sweden to Alaska will be analysed using a range of molecular and chemical methods. This will be done together with researchers from LUKE institute in Finland.

Read the full story in the article Contrasting plant–soil–microbial feedbacks stabilize vegetation types and uncouple topsoil C and N stocks across a subarctic–alpine landscape in the scientific journal New Phytologist.