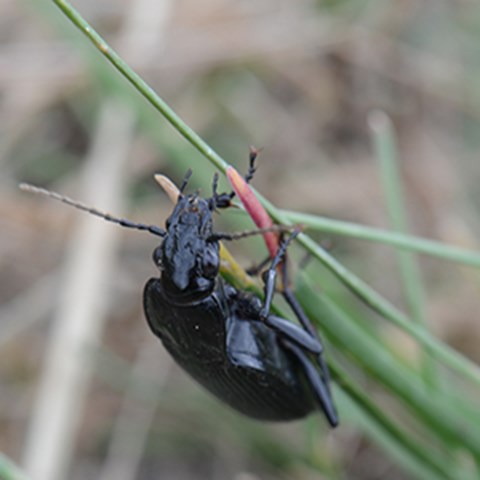 In the late 1980s and early 1990s, a number of experiments with extended buffer zones along field edges were set up.Various types of vegetation were established in these zones by undersowing arable crops and wild meadow plants and by planting bushes. Three of these experiments are still in operation, two in Kasby, east of Uppsala, and one on Ekenäs Farm, near Flen.

The aim was to investigate the effects of the treatments on insects and other invertebrates in the soil and vegetation and to monitor the development of the vegetation, particularly as regards the incidence of weeds and the survival of the meadow plants. All experiment plots were managed by   annual cutting in late summer and removal of the cut plant material. The bushes were pruned back as necessary when they spread out over neighbouring arable land and ditches.

Important for pollinating insects and predators

The results of investigations in these field margin experiments show that untilled buffer zones are important for many ‘beneficial’ key fauna such as pollinating insects and predators, e.g. ground beetles and spiders. They overwinter, feed and breed in the strips. However, the edge strips are not breeding grounds for insect pests and weeds, e.g. creeping thistle and couchgrass. The undersown meadow plants are generally still present, 25 years after establishment.
Future studies in the field margin experiments will include continued monitoring of vegetation development and investigations on soil fauna, soil microorganisms and key animal species in soil and crop. The experiments may also be included in larger-scale landscape ecology studies.

The experiments have been used within ecology courses at SLU to demonstrate nature conservation measures in agriculture.