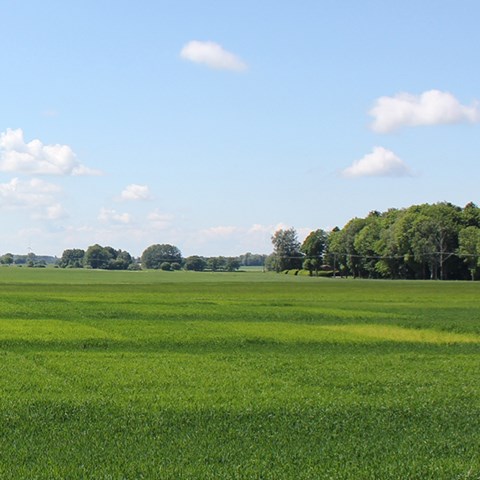 A typical field experiment with e.g. fertilisation strategies consists of a number of treatments, usually measuring yield and quality. The treatments are applied in carefully pre-measured experiment plots according to statistical principles.

The plots are normally around 50 square metres and rectangular, but the size varies depending on the subject of the investigation. Annual results are processed statistically in variance analysis models adapted to the experimental design. They are quality controlled and presented in experiment reports which are collected in a database at Fältforsk. The results for experiments in recent years are also collected here. In addition, all primary data are saved in the experiment database. These data are not generally available, but are released on There are also two comprehensive archives of soil samples and plant samples. All these samples have been taken in plant nutrition experiments and are stored in dried and milled form. Sub-samples for follow-up or new analyses can be obtained.

Five different crop rotations where different cropping systems are compared. The comparisons are based partly on cropping specialisation (animal enterprises compared with no animals) and partly on plant nutrient supply, intensive in relation to extensive cropping. In certain systems, the nitrogen supply is based on biological N fixation.

Both these experiments are at Lanna. The experiment series, which includes the two oldest field experiments in the country, shows how the effects of liming and phosphorus fertilisation affect each other. One-off doses of lime were applied at the start. In the middle of the 1970s, half the experiments were re-limed. There are therefore plots without lime and with lime at the start and none thereafter.

Liming at three levels: unlimed, and liming to 70% and 100% of base saturation. This is combined with variants where all harvest residues are removed or returned to the area. All variants are finally compared at three different NPK levels, low, moderate and high.

Comparison of crop rotations with and without animal rearing:&nbsp;1. Cropping system with animals, manure supplied and ley included in the rotation.&nbsp;2. Cropping system without animals. In contrast to crop rotation 1, no manure is supplied and ley is not included in the rotation. All other factors are similar: Varying N and PK levels, including replacement of nutrients removed.