Report from the site visit in Stockholm 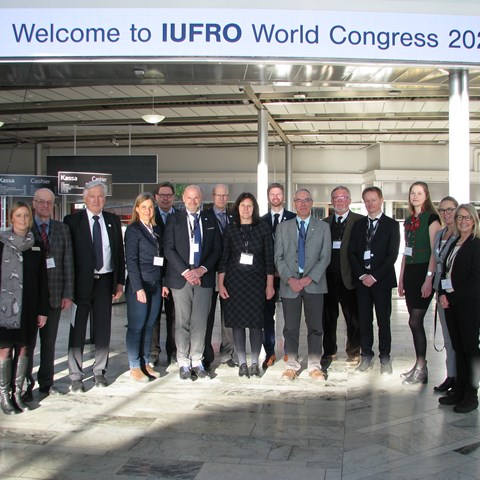 The IUFRO Management Committee will prepare a report for the IUFRO board based on the result from this decisive site visit in Stockholm. In September the board will select the most suitable host city for the IUFRO World Congress 2024.

Introduction of the bid – Forest & Society towards 2050

Universities from the Nordic and Baltic countries are proud to present a collaborative bid. The collaboration has been characterized by a strong community spirit, workshops full of energy and future expectation of an upcoming hosting of the IUFRO world congress 2024. The students see great potential in hosting a congress with the theme Forest & Society towards 2050. They are looking forward to be a part of the carry through of moderating sessions, excursions and to support the social media dialogues through concluding remarks. 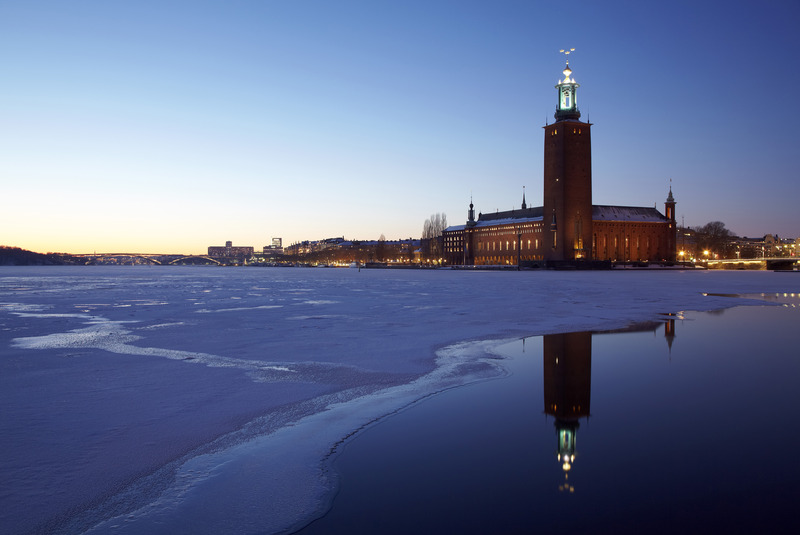 The IUFRO Management Committee visit started during a snow storm and ended in front of the City Hall under a clear blue winter sky. Photo: Ola Ericson/mediabank.visitstockholm.com

Stockholm and excursions around the city

The geographical position of Stockholm makes it swiftly to travel to the neighbouring countries in the region. Stockholm ranks highly as an international congress city and has excellent transport links as well as a wide range of accommodation options in the city, from where it is just a short journey by direct train every 10th minute to the Congress venue, Stockholmsmässan. The in-congress excursions cover all IUFRO Divisions and the planning process of the excursions has been characterized by wide range of stakeholders involvement. 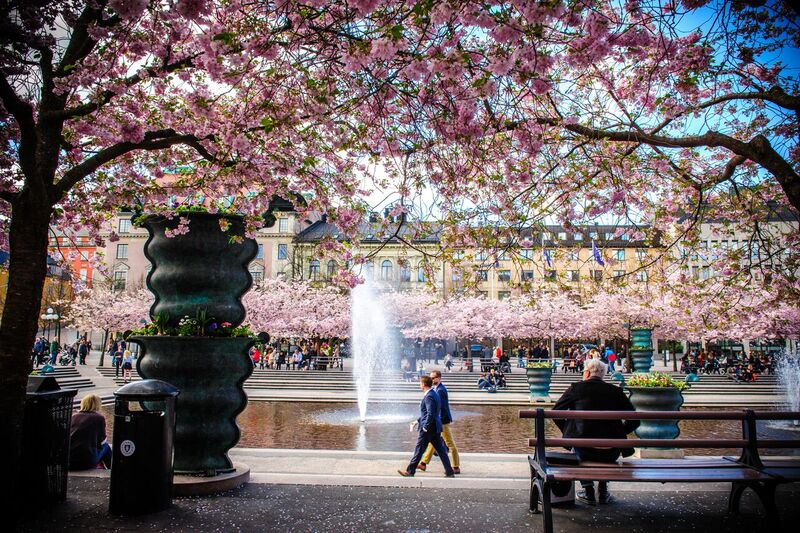 Post Congress Excursions in the Nordic and Baltic countries

Universities from the Nordic and Baltic countries has had workshops to prepare collaborative programs for the joint post excursions around the Baltic Sea and the Atlantic. Diverse cultures, landscapes, stakeholders, markets and industries from the region were proudly presented during the site visit. 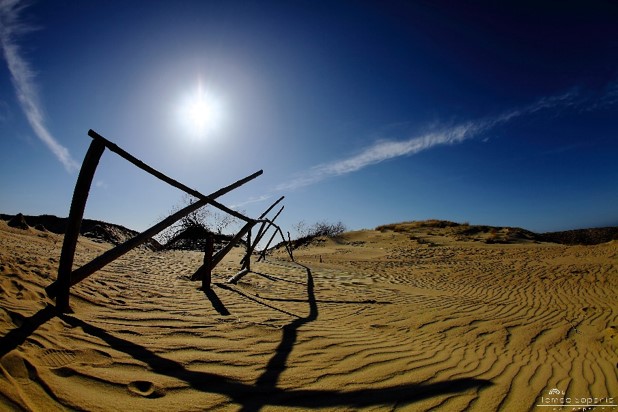 Each post-congress tour have different themes such as THE SANDY PENINSULA IN THE BALTIC SEA, UNDER THE MIDNIGHT SUN and FROM TREE TO TABLE.

The planning process is built upon key elements of the budget, such as a world leading scientific base, a creditworthy host with governmental status, fully support from the Nordic Council and Baltic Ministers, a tradition of developing countries collaboration, an in house PCO and not at least the extensive network of Nordic and Baltic forest industries and institutions. The Swedish Forest Industries Federation presented the Nordic forest industry with an export value of 25 billion euro.

Patric Sjöberg, CEO at Stockholmsmässan, hosted an
appreciated lunch at Älvsjö Gård. The manor used to be one
of the largest farms south of Stockholm with agriculture and forestry. The venue is back to back to Stockholmsmässans great halls and is a suitable meeting place for the IUFRO Board and special invited sponsors. 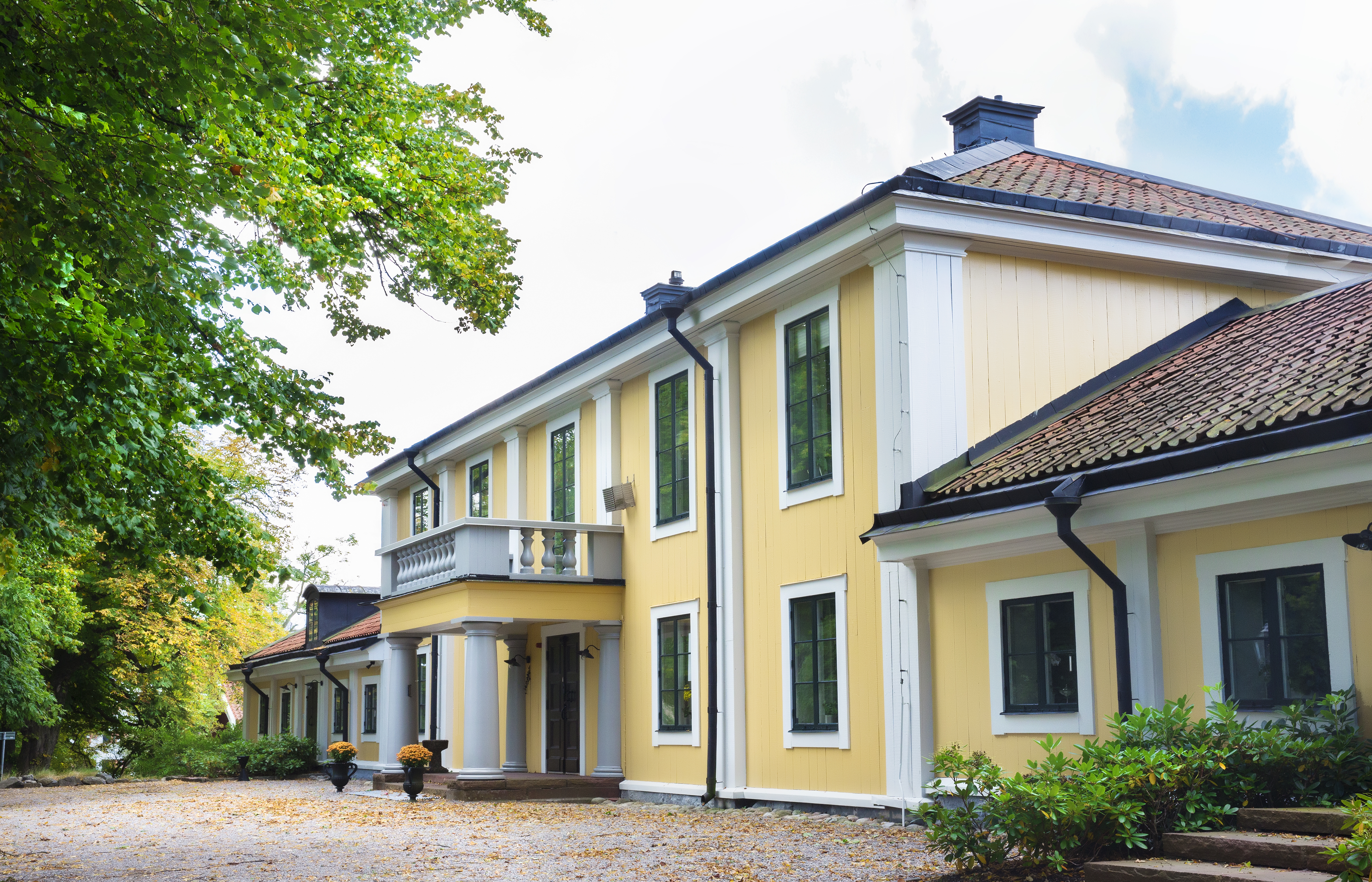 The manor Älvsjö gård dates back to the 1500:s and is a suitable meeting place for high level meetings.

Every year, Stockholmsmässan welcomes around 1,2 million visitors, and the total number of booked meeting rooms is 2000. The capacity is 20 000 delegates that can use 76 meeting rooms, fixed as well as flexible, also called semi-permanent solutions. The Security department is involved all the way from the first planning stages to inspections prior to congress, to the execution of the event. Stockholmsmässan recycle over 95% of all of the waste produced at the venue. The restaurateur is responsible for Sweden's most prestigious meal – the Nobel Banquet at Stockholm City Hall. 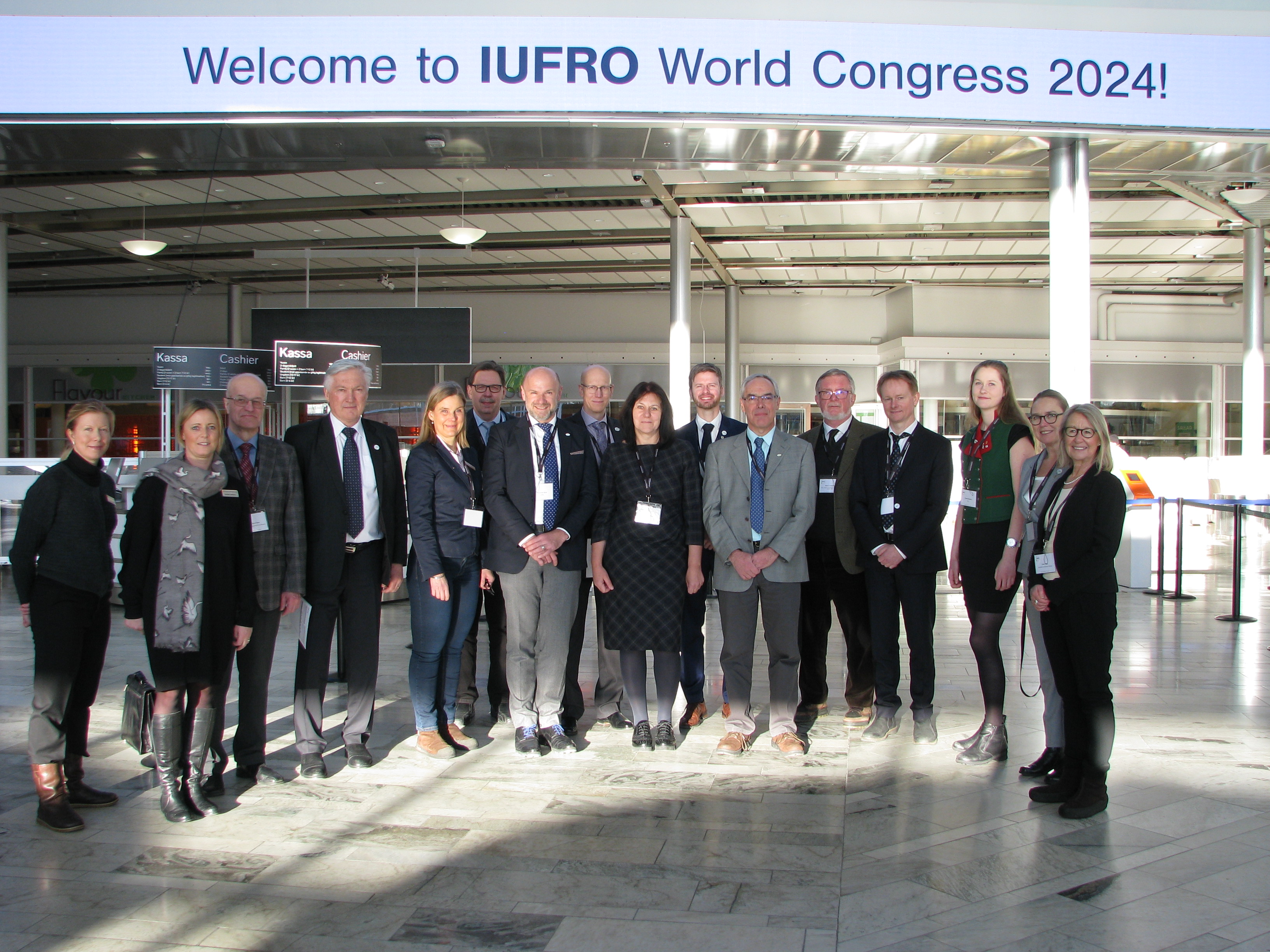 The City Hall is one of Sweden's most famous buildings and the city's most exclusive reception venue. The house is known for its hospitality, unique art treasures, its interesting history and magnificent parties such the Nobel Banquet. Eva-Louise Erlandsson Slorach, President of Stockholm City Council, welcomed the delegation and led a guided walk through the halls, before the site visit was summarized with refreshments at Stadshuskällaren. The hosts were truly pleased with the presentation of the application and the beautiful city.

Decision by the IUFRO board in September

The IUFRO Management Committee had previously visited Paris, and after Stockholm, Moscow was the final site visit. One of these three cities will be hosting the IUFRO World Congress 2024. The decision will be taken in September during the IUFRO board meeting in Oregon. 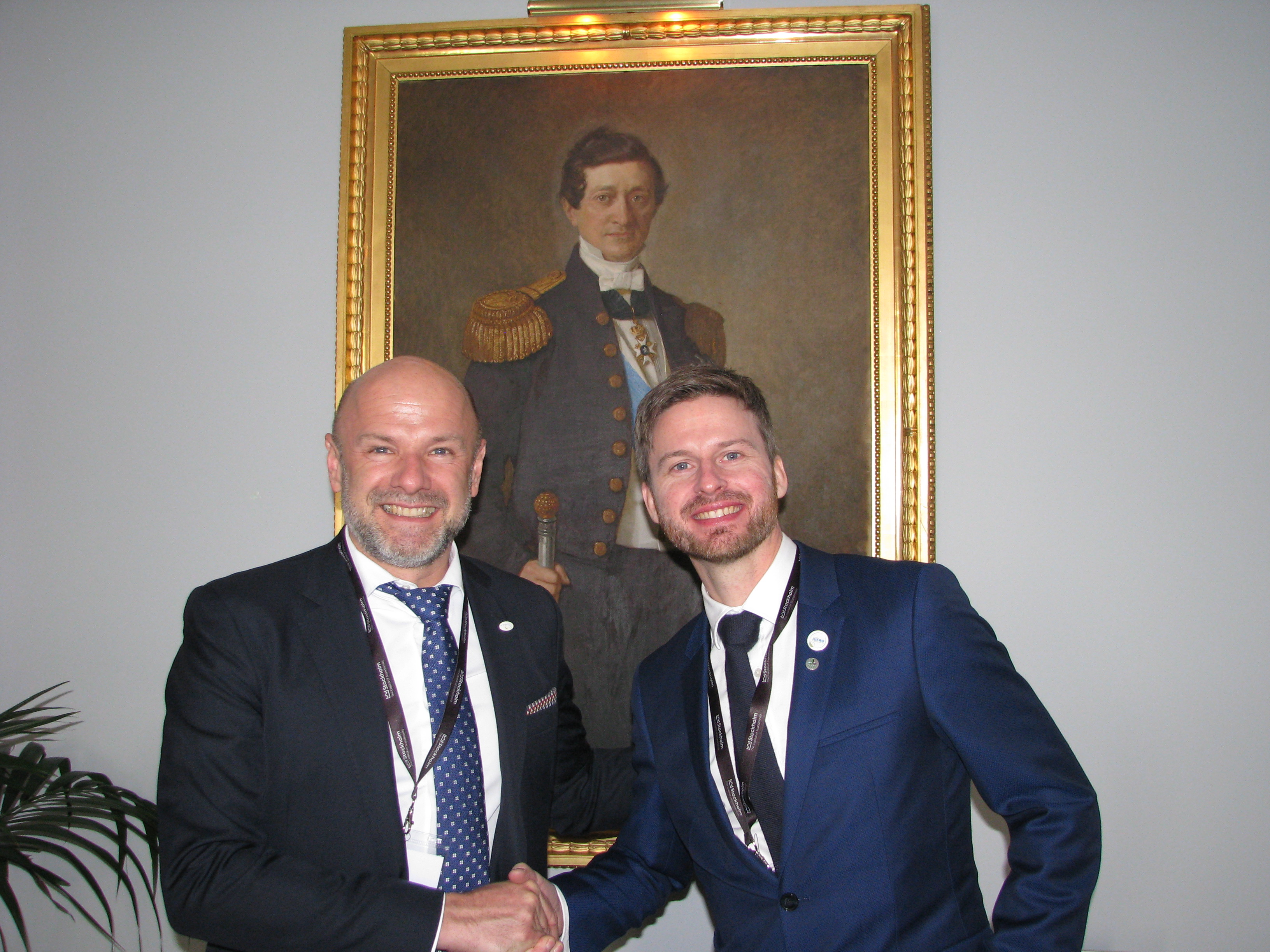 Executive Director of IUFRO, Alexander Buck, and the Chair of the Organising Committee, Dr. Fredrik Ingemarson, were satisfied with a pleasant site visit in Stockholm.