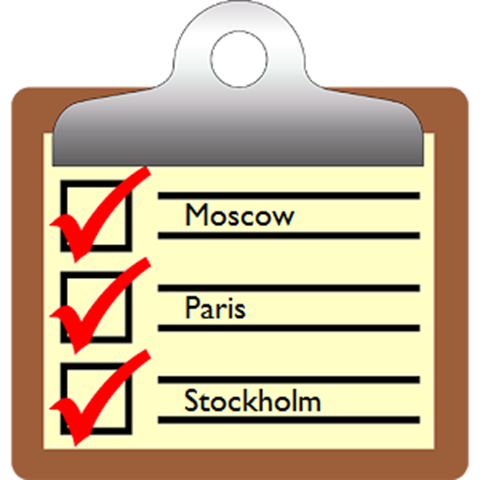 The Nordic and Baltic bid has now been short listed. SLU is thereby one step closer to host the IUFRO World Congress 2024.

An extensive application process takes place every 5th year and we are now one step closer to the end of this process for the IUFRO World Congress 2024. The Nordic and Baltic bid has now been short listed, only three candidate cities remain; Stockholm, Paris and Moscow.

The International Union of Forest Research Organizations (IUFRO) is a non-profit, voluntary, international scientific union open to all organizations and individuals involved in forestry, forest products research and policy making. The World Congress, attracts 3 – 5000 participants from all over the world, including representatives from governments, NGO's and industry.

Representatives from the head quarter of IUFRO in Vienna will come to Stockholm on February 28th 2018. On site, they will evaluate the host city, the congress venue, excursions, finances and the management of a suggested hosting, in accordance to the Nordic-Baltic bid of the IUFRO World Congress 2024.

Finally, the short listed candidates are invited to Oregon, where the final decision about the host of the IUFRO World Congress 2024 will be taken by the IUFRO board. The decision is based on the bid document send in May 2017, the result of the site visit and the presentation in front of the board. A Nordic-Baltic delegation with SLU's vice chancellor Peter Högberg will travel to Oregon to present the bid in September 2018.